Witch Camps Inmates To Be Enrolled On LEAP – Minister 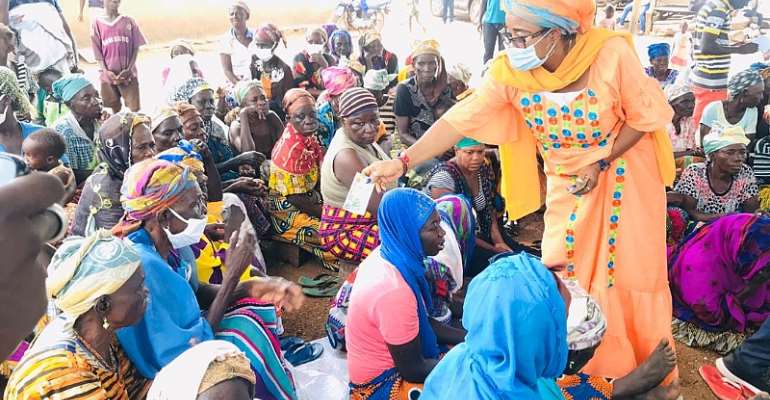 The Minister of Gender, Children and Social Protection, Cynthia Morrison, has disclosed that the ministry will soon enrol inmates of the various witch camps onto the Livelihood Empowerment Against Poverty ( LEAP) Programme.

“ Those who are not on the LEAP, we are looking at how to enrol them so that at the end of the month they would have something.”

According to the minister, the ministry also intends to assist the camps with farm inputs so that inmates who are into farming will be supported to expand their farming activities.

Mrs Morrison hinted that inmates especially women who are into businesses will be supported financially with their shea butter trade and other businesses they are into.

“ You cannot take someone's right because you think that person is a witch so we are looking for a safe heaven for them .”

The minister said her interaction with the inmates shows that they feel safe in the camps.

“ They think they are safe here than going back home so Ghana will have to decide on what to do so we will discuss it with the overlord of Dagbon and chiefs so we know what to do .”

“Let's talk to the people living in the communities because if you decide to close camps down and then they don't want to go what do you do so we need to have a dialogue with them.”

She, however, called on the media to help sensitize the various communities to desist from attacking and abusing people they perceive as witches in heir communities.

The minister made this known when she led the Parliamentary Select Committee on Women and Children to visit the Gnani and Gushegu witches camps in the Northern region.

The Chairman of the Parliamentary Select Committee on Women and Children , Mr. Appiah Kobi said the aim of the visit by the committee to the various witches camps is to interact and gather data for their report to be presented to the speaker of Parliament.

There has been calls for the Minister for Gender and Social Protection to closedown witches camps and reintegrate inmates to their various communities.

The Parliament of Ghana is working on a witchcraft bill to help people accused of witchcraft.

The proposed Witchcraft Bill include the prohibition or professional witchcraft or wizardry, prohibition against the accusation of witchcraft, participation in the declaration of a person as a witch or wizard and penalty against chief or headman encouraging witchcraft.

This bill was necessitated due to the gruesome lynching of madam Akua Denteh, a 90 year old woman at Kafaba in the East Gonja municipality of the Savannah region.

The Chief of Tindan, Shei Alhassan Tindana assured the Ministry of Gender, Children and Social Protection of their continuous support in ensuring that the inmates are protected.