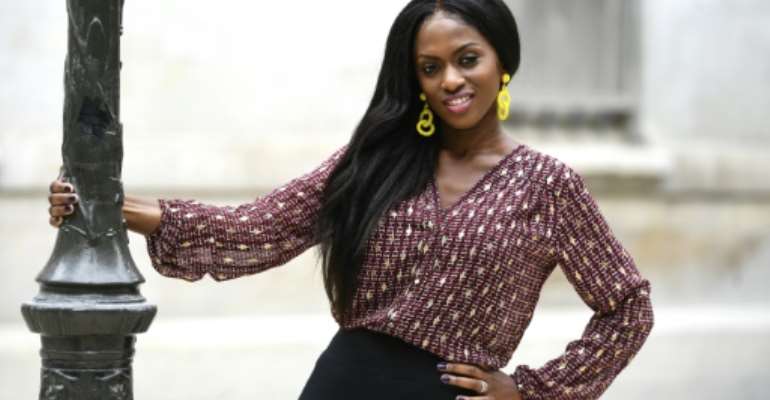 Just like the heroine of her acclaimed debut film, "Cuties", Maimouna Doucoure knows what it feels like not to be taken seriously.

Her remarkable portrait of an 11-year-old French girl and her friends coming of age caught between traditionalist immigrant families and hypersexualised pop culture, won a best director award at the Sundance film festival earlier this year.

Yet even after her short "Maman(s)" -- Mother(s) -- a semi-autobiographical tale of growing up in a polygamous Senegalese family in Paris -- was garlanded with awards, some in the French film establishment were jaw-droppingly condescending about the unapologetically glamorous 35-year-old.

"You made it for her, didn't you?" her producer was asked by one mover and shaker, before being told very firmly that it was all her own work.

"I can't believe this girl made this film, she is so feminine," the sexist sceptic repeated.

When Doucoure won at Sundance with "Cuties" -- which has since been snapped up by Netflix -- she called out the doubters publicly.

"I want to say to this guy and everyone who thinks that femininity means you don't have the power to think, to write, lead and create, women are capable of doing everything," she declared to deafening cheers.

But young black women artists do not only have to climb a wall of prejudice from the outside, Doucoure told AFP as "Cuties" was released in France.

They also have to face down sabotage from their own communities and even their families, she said. 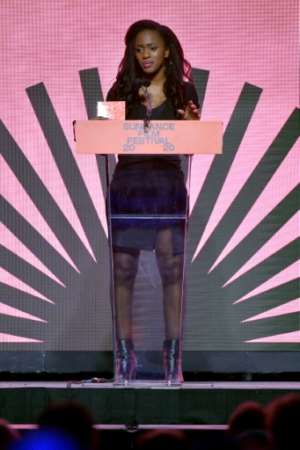 Maimouna Doucoure speaks out at the 2020 Sundance Film Festival when she won best director for 'Cuties'. By Michael loccisano (GETTY IMAGES NORTH AMERICA/AFP/File)

"When I was small, I was forbidden from dreaming," said the director.

Her mother, a cleaner, told her that making films was not for "the likes of her" -- that people who made films didn't look like her. In other words, black women.

"I lacked role models so badly when I was growing up," Doucoure said of her childhood in a large polygamous family in northern Paris presided over by her binman father.

"Television is a sort of mirror of society, but for me, I never saw my reflection in it. Which makes it quite difficult afterwards to open up all the imaginative possibilities," she added.

But Doucoure has proved her mother and a lot of others wrong since.

And she has a sense of herself opening the way for others, helping to "knock down the mental barriers" that have held black women back.

Indeed, in her rousing Sundance acceptance speech she quoted Oprah Winfrey's maxim that "You become what you believe".

With both the #MeToo and Black Lives Matters movements causing earthquakes within the entertainment industry, she believes the times are changing.

Doucoure proudly recounts marching alongside French actress Adele Haenel and "Girlhood" and "Portrait of a Lady on Fire" director Celine Sciamma at a protest in the Paris suburbs over the death in police custody of Adama Traore, the black young man who is seen by many as the French George Floyd.

"Things are moving, I have the feeling that I am coming through at the right moment," said Doucoure.

Nor does she feel like she is on her own.

The black British writer-director Michaela Coel -- whose parents come from Ghana -- has won huge plaudits for her hard-hitting date-rape series "I May Destroy You", while Issa Rae -- who like Doucoure has Senegalese roots -- has become a small-screen phenomenon for her series "Insecure" and "Awkward Black Girl", in which, like Coel, she also plays the lead. 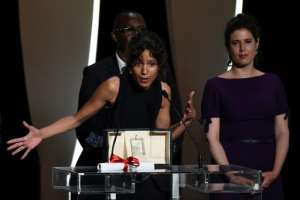 Another Parisian Mati Diop won the Grand Prix for her film 'Atlantics (Atlantique)' at the 2019 Cannes Film Festival. By CHRISTOPHE SIMON (AFP/File)

And another Parisian Mati Diop won the grand jury prize at the Cannes film festival last year for "Atlantics", which she shot in Senegal, where her musician father Wasis Diop was born.

Doucoure also points to the unexpected success of Jean-Pascal Zadi's clever comedy "Tout simplement noir" ("Very Simply Black") -- one of the biggest hits of the summer in French cinemas -- as another sign of progress.

But there is still much to do.

"We need different models altogether, to blow up the barriers with fiction," said Doucoure.

"From the moment when we open imaginations, all will become possible."

Having written and prepared "Cuties" while she was pregnant, and cast it carrying her daughter in a sling, Doucoure said she is an example of what is possible.

"Coming from nowhere" she is proud to be a symbol of the opening up of France's often cliquish cinema culture which she said "is above all a sport of the rich".

The director is currently working on two new films, one of which, centred on social media, will start shooting soon -- coronavirus permitting. 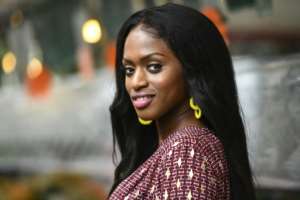 "When young girls can get 400,000 likes by doing a sexy selfie... we have to offer them another way of being. To dream of being female astronauts, engineers or presidents..."

Or even film directors.