WWF France describes 'agony' of injured whale in the Mediterranean 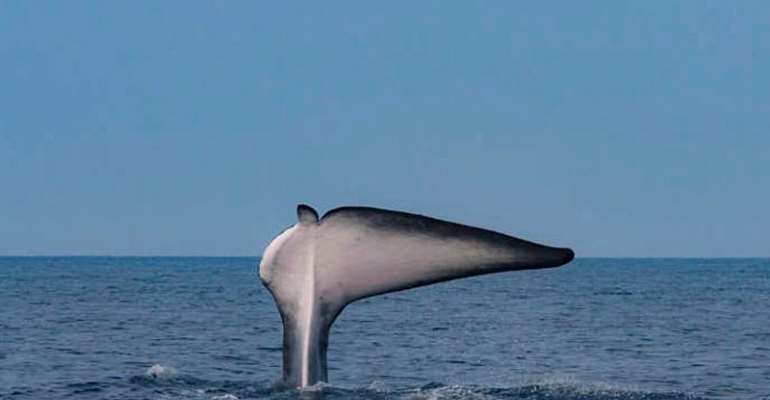 “Fluker” the fin whale is suffering a slow, agonising death after losing part of her tail most probably in a collision with a sea vessel. Conservation group WWF France rang the alarm bells on Friday and called for a maritime zone to better protect cetaceans like her from human impact.

Fluker is well known to experts from the marine sanctuary Pelagos, a protected zone between Italy, France and Monaco.

She became something of a celebrity in 2013 when she was spotted in the zone with half her tail (fluke) missing.

But over the last year the rest of her tail has been sectioned probably as a result of “a collision with a ship or getting tangled in a net” according to Pelagos.

She's been spotted close to the French coast several times of late, most recently on 25 June near Saint-Jean-Cap-Ferrat. The sightings led French authorities to call on vessels not to approach her.

Without her tail, Fluker's movements are limited and WWF France found her state of health had deteriorated hugely over the last year.

“She is terribly thin, we could see found it difficult to move around,” Arnaud Gauffier, WWF's programme director told AFP.

Fin whales rely on their tails to dive hundreds of metres for the small shrimps which form the major part of their diet known as krill. As Fluker can no longer do this she's wasting away.

“She's surviving, but I would say she's been in agony for more than a year now, living off her reserves,” Denis Ody, in charge of WWF's whale programme told Brut Nature.

“You can see she has no means to feed herself like fin whales do… She's terribly emaciated, there's just skin and bones, she's struggling to breathe.

“She's dying and that's very sad to see.”
Human impact
“What's most shocking is that she's in the state she is because of human activities," Gauffier said.

WWF estimates that between 10 to 40 fin whales die each year in the Pelagos sanctuary after getting tangled in nets or colliding with vessels. Ever-increasing quantities of plastic waste in the Mediterranean is posing another threat.

As maritime traffic is set to increase by 4 percent each year until 2025, those kind of accidents could become far more frequent.

WWF is calling for a “maritime zone” for particularly vulnerable species to be set up in the busy northwest Mediterranean.

It would put speed limits on boats, reducing the risk of accidents involving whales.

The NGO is also calling for the deployment of anti-collision systems and policies to fight so-called “ghost” nets left or lost in the ocean by fishermen.

“Fluker is the perfect illustration of how fin whales have to put up with our human activities … of what we're making our cohabitants on planet earth suffer,” said Ody.

Freeing entangled sperm whales
In recent days two sperm whales got entangled in discarded fishing nets, one in the Strait of Gibraltar, the other off the Italian coastline.

On Monday, Italian coastguards and volunteers from the marine conservation NGO Sea Shepherd spent three days trying to free a sperm whale ensnared in a fishing net off the coast of Sicily.

Marine biologist Carmelo Isgro said the net had wrapped itself around the mammal from “head to tail”.

The rescuers are hoping they will soon spot the whale and undertake the final leg of the operation to release it completely.

‘Sputnik-V procurement contract must be re-examined’ – Kwaku...
12 minutes ago

Getting Sputnik-V vaccines from black market using middlemen...
12 minutes ago