What Is The Mileage Of Arresting Manasseh And Demon Breaker? 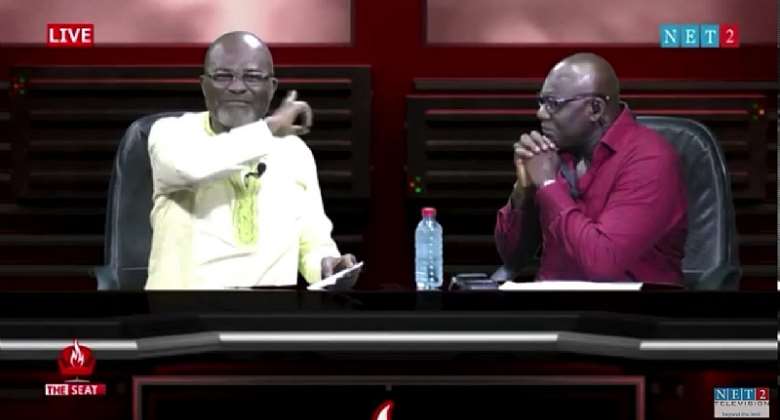 To suggest that the ongoing Net2TV programme ‘The Seat’ is long overdue is an understatement. The programme is a call to arms that should have happened years ago. Many see it as the opening of a Pandora’s box, but this is one hell of a box that most Ghanaians are cheering to bring it on, because they’ve had the water up to their neck. The problem of false men of God dates back to the time of the disciples. It has always been with us and each generation produce their own. The current problem that we are battling with took roots in the early eighties when our social and economic hardships escalated exponentially overnight. It was an era that can be described as a watershed in our political and economic history. The country was fighting a series of adverse nation changing events, drought, military takeover and bushfires. The last straw of these unfortunate events was in early 83 when over a million Ghanaians were repatriated from Nigeria – aggravating conditions in a country already on its knees. It was a doomsday scenario and it fuelled the staple of small talk. The effects of the hardships created manifold anxieties, which coupled with lack of proper nutrition made a lot of people sick. Substantial number of Ghanaians were cash strapped. It was literal economic depression in the country. Even Rawlings described our hospitals as death traps. It was a period that tried the souls of Ghanaians and many turned to God for solution. Poor sick Ghanaians turned to their pastors for healing because the hospitals were de facto graveyards. As the crisis deepened, the fake pastors took advantage of the vulnerability of their fellow countrymen as conditions morphed into the survival of the fittest.

These fake pastors, since that low point in the 80s, hitched a ride on the back of our constitutional freedom of worship and fundamentally destroyed the fabric of the Ghanaian society. There are a whole lot of people who fall prey to these evil people, but the ones that break my heart are the plight of our helpless citizens. Due to their poor circumstances, they easily succumbed to sicknesses and this paves the way for the agony to fester. Jesus Christ said the devil comes to steal, kill and destroy, and these pastors, who happens to be the last option of the vulnerable, callously break the only safety net that the person has – the family. They tell these defenceless people it’s their mother, their octogenarian grandmother who is waiting for a rendezvous with death, their sister, brother and every conceivable member of the family is a target. When this happens, the family is fractured. The victim is deprived of their healing because they are fake. Regrettably, they die and leave in their wake division and bitterness. What is being exposed on Net2 pales in comparison to what is going on around the country. Anyone with half a brain knows we cannot continue like this, but nobody has the guts and resources to tackle this problem that is eating the country alive. We all know these fake pastors and fake churches needs to be shut down. Constitutionally, it cannot be done by an edict, hence the need to prove that they are fake. Because we live in a country structured on the rule of law. And due to the fact that it is difficult to prove their illicit business, these charlatans have used it as a shield to ply their evil and murderous business.

They are classic organised mafia criminals who pursue their destructive business with intimidation and fear. About six years ago, I wrote an article about TB Joshua when an accident in one of his facilities claimed the lives of 115 people. One of his foot soldiers put out my location and threatened that they know where I live in the comment section on ghanaweb. Anybody who cares can verify the article: https://www.ghanaweb.com/GhanaHomePage/features/T-B-Joshua-Is-Dangerous-To-Your-Health-329181 . Can anybody quantify and make sense of what happened to the pastor in Kumasi who had a corpse dumped in his church. The people of Ghana are not dealing with ordinary criminals; these are evil nation wreckers who will stop at nothing to acquire their criminal wealth. So, sometimes I find it very difficult to comprehend why some commentators are against what Ken Agyapong is doing. And their biggest refrain is that Manasseh and Demon Breaker should be arrested as well.

There are certain crimes that you need unique dispensation and tactics to curtail it. Sometimes, you might have to plant an informer or recruit from within. It happens all over the world, but I am drawing reference from here in England. Quite a few criminal gangs operate successfully under the security services radar. Though they are aware of their existence, they do not have the evidence on them to put them away. What the law enforcement institution do is to co-opt someone within their ranks and offer them immunity to testify against the gang. Because it is a very dangerous operation, they offer the witnesses what they call witness protection programme. In extreme cases, they even change the identity of the witness completely with a new name. They do this because there are certain crimes the physical evidence only might not be sufficient and it might not be available, therefore, the testimony of a credible witness is required to effectively prove the case against them. Unless we want these criminals, who have memorised the bible and hiding behind our constitutional freedom of worship, to continue duping people we should all support Kennedy Agyapong together with people like Manasseh to stop these homicidal criminals once and for all. Ghana deserves better.