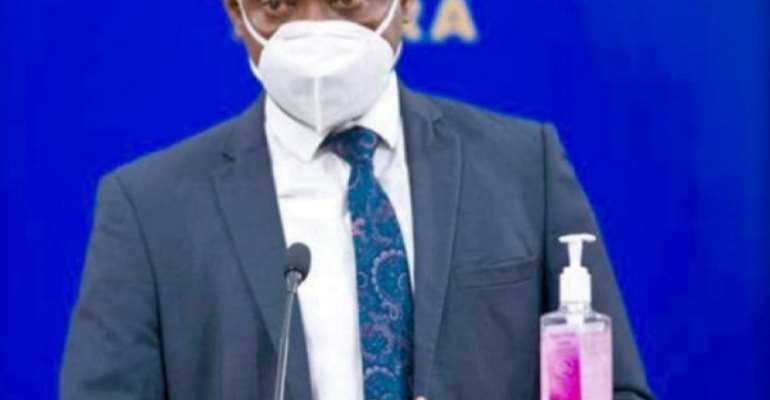 Dr Patrick Kuma-Aboagye, the Director-General of the Ghana Health Service (GHS), on Tuesday refuted claims by OccupyGhana, a pressure group, that the COVID-19 deaths figures are being massaged.

He said there was no cause for anyone to suspect that the numbers were under-reported due to the purportedly late release of updates, saying the GHS always followed laid down procedures in updating the public, which explained the delays in its announcements.

According to OccupyGhana, some anomalies it had detected in the data presented by the GHS as at midnight of June 15, 2020, when the number of COVID-19 related deaths stood at 54, showed that that could not be the true reflection of the situation on the ground, giving cause to suspect that the figures were being massaged.

It said; “The reported 54 deaths so far cannot be right because even though 38 deaths have been reported from the Ashanti Region alone, less than 20 of those deaths are included in the national count.”

Dr Kuma-Aboagye, responding to the allegations at the Minister's press briefing in Accra, said the GHS had a national case management team that did an audit to crosscheck on the cause of death, how it was managed, and whether the casualty was COVID-19 related, before the new figures were added to the existing ones.

“So you may see a region recording a certain number but we are not only interested in a number, we want to know whether the treatment was appropriate and where they are coming from and that is how it is being done,” he explained.

He said nobody was deliberately holding numbers and that the situational reports were always made available for every Ghanaian to see what was happening, after due processes had been followed, adding that the process would not be rushed.

Dr Kuma-Aboagye further explained that such evaluations were made to enable the Service to know what to do.

He said the case managers, therefore, paid regular visits to the various regions to ascertain whether they needed additional support in the management of the positive cases.

It was the feedback received by this team that determined the time of an update in the national case count.

Dr Anthony Nsiah-Asare, the Presidential Advisor on Health, reiterated that the Government had no reason to manipulate the figures.

“The presidential task force and for that matter, the Presidency doesn't generate any figures. There is an implementation agency so this COVID-19 is led by the Ghana Health Service, the teaching hospitals, and the Ministry of Health,” he noted.

“We see the figures as we are seeing here today and then we use the figures to plan and monitor whatever is going on”.

Dr Nsiah-Asare said it was the data received that enabled the Government to target where to focus much of the resources in order to contain the disease and treat the sick.