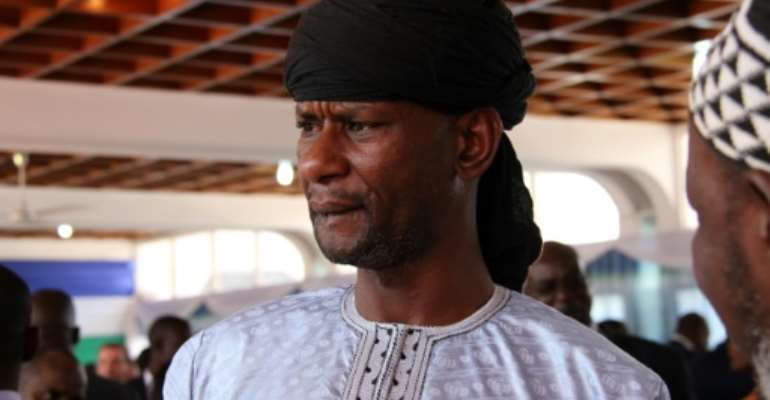 3R movement leader Sidiki Abass announced his militia was withdrawing from participation in the peace agreement on Friday. By GaÃ«l Grilhot (AFP)

A key militia in the Central African Republic has said it is suspending its participation in a peace agreement signed by the government and rebel groups last year that has led to relative calm in the war-torn country.

"The 3R movement has decided to suspend all its participation in the bodies involved in implementing" the peace pact, the group's leader Sidiki Abass said in a statement released late Friday.

He called on the militia's members to "respond with all their strength" should government forces attack its bases.

But he insisted that 3R "reaffirms its irreversible commitment to the process" of implementing the peace agreement "if the threats and provocation cease".

In May 2019, four months after the peace pact was signed, 46 civilians were killed by 3R members in Paoua, in the northwest of the country.

Four months later, Sidiki Abass, also known as Sidi Bi Soulemane, announced his resignation as military adviser to the CAR government, a post he had held as part of the peace deal.

The country spiralled into bloodshed after Bozize was overthrown in 2013.

A presidential election is expected to be held in December 2020.