Samari Writes: Treat Galamsey Too As A Pandemic In Ghana 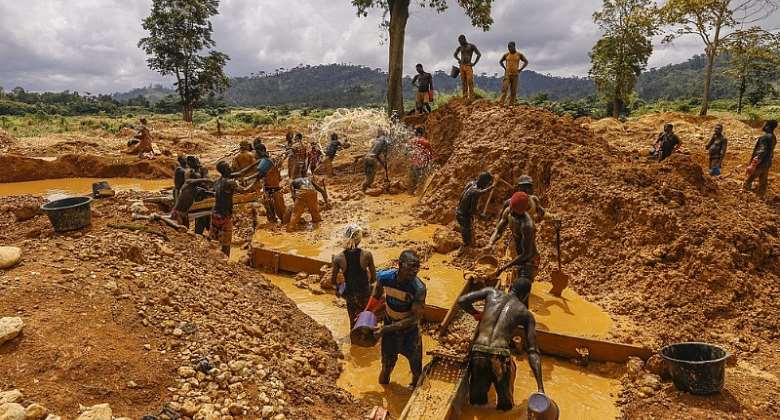 There is the old saying that, "you can't use two eyes to look into a bottle" But in the current state of affairs, government and its machinery will have to also focus on other devastating areas of the fight to make Ghana a safer place.

Coronavirus is a global pandemic, efforts are all centered around the fights against it globally and locally, but we have to diversify labour in this era.

Looking at the elephantic size of the Nana Addo led administration, it will be much easier to put all the dormant ministers and other political appointees to work.

It appears Ghana is fighting two great pandemics in our country, but because the COVID-19 is a worldwide phenomenon, other appointees who have nothing doing with the health center are eventually going there gradually because of the money there, neglecting the fight against galamsey.

Government woefully failed to bring galamsey to an end even with the president of the republic placing his presidency on the line to bring an end to it.

The very people and machinery deployed to fight against galamsey became complicit in the act.

Today, it appears amidst COVID-19 galamsey is still ongoing in certain parts of the country. The appearance of our water bodies speaks it all.

Besides the exploitation illegally, the short time gains of the exploration can not offset the long term devastating effects.

Government needs to also treat the fight against galamsey as a pandemic because it equally needs more efforts to enable government to fight it.

Have we considered the negative effects of galamsey on our environment as a country?

Government should let us know the state of the galamsey fight in this country, I don't think people will have to be denied potable drinking water as a result of government inability to fight the canker.

Ghana is gradually losing its green vegetation to the rapid demands of illegal mining which should be worrisome.

We can't as a nation give up on the fight against galamsey.

Government should be specific on the fight against galamsey.

What happened to the government officials who were caught in camera, engaging in galamsey?

I remain a citizen and not a spectator