2020 elections: Why The Return Of ‘Mugabe’ Cletus Avoka To Parliament Is Inevitable! 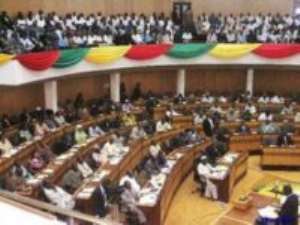 Political pundits and commentators have consistently and rightly told us, that politics is a game that has always birthed permanent interests and aborts pregnancies of permanent enmity, no matter how long they are kept in the womb. It’s indeed, a game of numbers, quarrel and conciliation where there are no permanent friends and enemies.

December 7 is fast closing in with the deadly novel coronavirus pandemic ravaging across the globe putting almost every activity on hold, yet, the political passion is mounting, welfare are allying and old alliances are shifting like quicksand. But that has been the nature of this game long before we were born. So begrudge no politician or their alliances! It has always been power ahead of anything else.

In Zebilla, my adored constituency in the Upper East Region of the country, which I must confess that I have undying interest in its affairs, an exciting and probing situation has started playing out between the by-chance New Patriotic Party’s incumbent Member of Parliament (MP), Nurse Frank Fuseini Adongo and my namesake, Lawyer Cletus Apul Avoka, the National Democratic Congress’ 2020 parliamentary candidate.

Lawyer Cletus Avoka has made a forceful comeback after he was lifted high in the air and slapped on the hard surface of mother earth that made him kissed the ground violently when he ignored voices of reason, to step-down and allowed a fresh face to hold the flag of the NDC in the constituency after many years of turning the party’s leadership to a chieftaincy stool.

He is impatient with ostensibly a more united party lagging around to kick Nurse Adongo, who until becoming the MP, operated a little corner clinic called F. F. A. Faith Clinic, out of the Zebilla seat, if not for anything at all, but to validate a saying amongst the Kusaasi people that, in wrestling, the person you slapped on the ground and lying on top of him/her can become the victor of the game with forceful and consistent effort unless he/she decides to call it a day.

Lawyer Avoka, is of course, on the hard ground. But he’s not worn-out yet. The effort being exhibited to overturn the initial verdict is massive and strong. Fortunately for him, he was floored by an obvious mistake of a wrestler who is absent-minded about the game. A very insubstantial and empty politician who within the shortest period of time, has told his constituents including his party members in plain language that he’s oblivious and naive in leadership and a second term mandate must not be wasted on him.

This is making the political game in my constituency, out of the ordinary, that will obviously invite many pundits and social commentators to avidly follow with keen interest the development of political issues ahead. I call it a battle of the experienced returnee and an unserious neophyte politician.

More than ever, it has become very apparent that the fate of Nurse Adongo, the Deputy Upper East Regional Minister’s second term bid of returning to parliament, though, his seat in the revered house must be covered by dust since he only operates from his office at the regional administration in Bolgatanga, is hanging on the balance. He has no dog chance this time around. He has simply tainted a rear opportunity offered him to prove himself that he was worth leading the constituency. To worsen his plight, he’s one of the MPs who have never stood up on the floor of the house to let out even a loud cough too. Such, is the level of the ineptitude!

I am sure, many political watchers and people including the good old Lawyer who I insist, should be renamed ‘Zebilla Mugabe’ will be taken aback with my latest position that victory to the NDC in the constituency in the upcoming parliamentary elections, though, still with him as the candidate, is simply unstoppable. It is a donedeal; all thanks to the cluelessness of Nurse Adongo!

Yes! They may be tight spot and critically engaged in a guess work of what could’ve changed after putting the Lawyer and returnee under intense scrutiny and criticisms including openly predicting his freefall during the 2016 elections. I also openly opposed forcefully his ambition to contest during the parliamentary primaries. Some may even be tempted to believe that some huge money has exchanged hands. Yes. It’s very likely with some journalists but I assure you that, I’m not the cheap types that can be paid off easily. No! It has never happened to me in my many years of practicing this noble profession. So they should quickly thrust aside such perceptions.

What has changed is that people will certainly react with dread and anger after realising that the driver of a bus they boarded in the night, all along was afflicted with symptoms of a zombiesim. The frenzy with which they will react discovering that the person sitting behind the steering wheel of the bus is a zombie-like driver who knows no pothole or sharp curves on the road and very sloppy about the welfare of his passengers. This is what has changed. The NPP’s MP is naked and reeking. And so has lost the glory to continue leading our constituency.

The people of Zebilla constituency, though, sent a clear signal that the time of taking them for granted through the monarchy leadership of the NDC, where one man thinks dying on the seat, was the only way of giving birth to fresh leadership to give new life to the party was a thing of the past. They resisted with their will and might. And the result has rather provided us with a dumb and leaderless leader. An MP who turns out to be very robotic and only dances to the instructions of a few clueless cult he has formed around himself. That is what has changed!

Finding nothing wrong in joining the repented people of the constituency, I am dancing to the songs of change being played by many voices of reason. That, the seat must return to its owners by December 7, 2020. And the owners of the seat since the inception of constitional rule have been the NDC. My first point is that, Zebilla Constituency is not NPP territory and any pundit that discounts or misses this critical factor isn’t employing the proper instruments of analysis on the constituency elections since 1992.

This meant that Nurse Adongo, the unproductive Deputy Regional Minister and MP, only got elected because the people of the constituency just needed a fresh leadership. So knowing this should’ve been his first and foremost task, that is, if he was closer to being a well-groomed and calculative politician. He should’ve also known that maintaining such a seat required walking strictly in the right direction and work 48 hours each day for the earthbound to crush the airborne. This, he couldn’t.

He did neither and his wobbling performance has validated my point. Since he assumed the MPship position of the constituency, he and his little-minded cult has done very little to convince the people that they were right in kicking out their own, Lawyer Avoka out of anger. He has done nothing. Not with developmental projects and not with practical and responsible engagements with the people in the various communities across the constituency.

And within his party, Nurse Adongo’s nightmares are far from over. He knows that he did not earn his candidacy to lead the party in the constituency during the 2016 elections on account of his longevity in the NPP or due to any substantial contribution to the welfare of the party, or on account of party primaries adjudged to be transparent in the year 2015. It was simply cooked for him to eat. Yet, he keeps playing God to his party’s structures with outright impunity.

It is common knowledge that after winning the seat, he has derelict the King Makers of the party in the constituency that made him who he is today. He also has caused enormous and irreparable cracks within the party by naively trying to build his own cult to control the affairs of the party. Is it not clear that only a naive, immature and a political weakling who could attempt these dangerous antics just in his first term? And these politically dim-witted antics are now paying him off exceedingly. They have created implacable forces against him.

He has a mountain of battles to fight within his party ahead of their parliamentary primaries. He may emerge from all of them victorious and once again becomes the candidate, but the injury that it will come with is to lose the seat in a manner that will fold up his political career. Even insiders say, the Kings Makers he has superciliously thrown to the gutters, are ready with their brooms in oneness vowing to sweet him out of the party and in the constituency damming the consequences.

But that is not all the story. Since 1992, Zebilla constituency has been a core NDC seat. The people always cast their vote en mass in all elections for the NDC party in every elections. Once an aspirant emerges as a candidate, it is automatically cast- in-stone that the person wins because of the dominance of the behemoth party called NDC. In this case, it has sadly always been one and only one candidate called Lawyer Cletus Apul Avoka. My unending displeasure with him, however. This is always a time to call it a day!

We did an auditioning and swung to the People’s National Convention (PNC), with Lawyer John Ndebugri Akparibo, an astute politician who contested for the seat so many times. He finally won it in 2004 and in 2008, four years on, we simply goodbye him without reasons and returned to our roots, the NDC. Same reoccurred in 2016 and judging from the anger of the people, they are in a hurry to dump Nurse Adongo in the December general elections. Not even the world most powerful wizard can stop it.

Agreeably the NDC still has its fair share of internal contradictions largely because of the candidacy of Lawyer Avoka, a man they think has had enough of them. But all what is needed now is a little committed reorganisation and bringing the few disgruntled members on board, it shouldn’t matter what it could cost the party and its leadership. They should just come down from their high horses, do the needful politically and a convincing victory awaits the party.

As I pledge through this piece to join hands with all other repented party men and women to work towards getting our robotic MP out of the seat, I will continue to resist with all my will and might the return of Lawyer Avoka in 2024. He must promise to immediately start grooming the youth to take the leadership mantle of the NDC in the constituency come the 2023 NDC’s parliamentary primaries. He must burry his same old, same old slogan that ‘There Is Nobody To Contest.’ The youth have come of age and are willing and ready to take over from him. This, he must admit with a smiling face or face our wrath after 2020 general elections. I shall be back!

The writer is a senior journalist, Editor of The National Tribute Newspaper, a columnist with Ghanaweb.com, Modernghan.com and an activist of the National Democratic Congress (NDC). Contact; [email protected] .