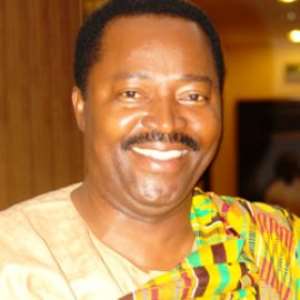 David said whiles he admits there may be faults with the first awards; it was a good bold step to the organization of better awards in the future.

He was speaking at the Prize Presentation Ceremony organized by the organizers to formally present winners with their prices.

He said the Ghanaian Movie industry has suffered several years of darkness, a period which they the pioneers of the industry never got the opportunity to be recognized.

David pointed out that it was interesting to note that, things have improved to the point that actors were initially awarded with certificates during the defunct Entertainment Critics & Reviewers Association of Ghana (ECRAG) Awards.

The certificates he said, were later changed to 'stools'. Now, he said, it was exciting to see actors being rewarded with gold plated statuettes and attractive prices.

He called for greater attention for an industry that, he said, is constantly growing and travels into the lives and minds of people. Adding that, it is also a powerful tool that boasts tourism across the world.

The veteran actor said whiles we admit the flaws in the maiden edition of the awards which was held in December 2010 at the Accra International Conference Centre, this year's event should be an improvement of last year's.

Have Confidence In Me, I'm An Honest Leader — Akufo-Addo
25 minutes ago