Western Region to Get 5 Polyclinics 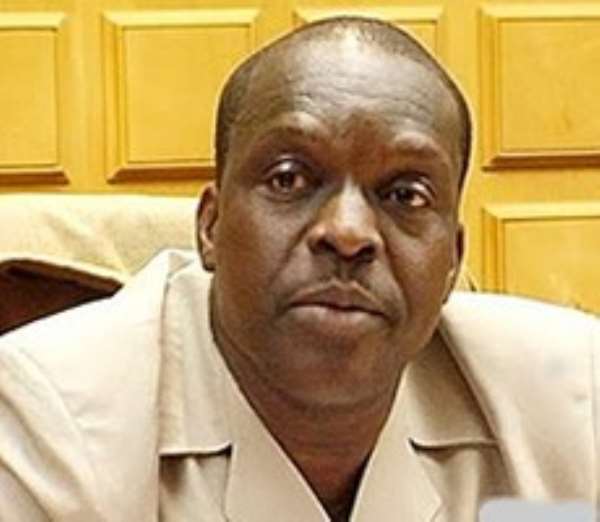 The government is to build five polyclinics in the Western Region as part of efforts to boost healthcare delivery in the region. The beneficiary towns are Wassa Dunkwa, Bogoso, Nsuaem, Elubo and Mpohor.

The Minister of Health, Mr Alban Bagbin said the construction of the new polyclinics was part of government's quest to enhance the delivery of quality of health in the country. The government is therefore giving the sector a massive boost in terms of infrastructure and other critical equipment needed in the health Sector, he said.

Speaking at the commissioning of the rehabilitated Axim Hospital accident and emergency centre and the Ewoku CHPS compound in the Western Region, Mr Alban Sumani Bagbin, said it was the desire of government to extend quality healthcare to every district in the country.

The two projects were undertaken by Kosmos Energy, an oil and gas exploration company operating in the Western Region, as part of their corporate social responsibility programmes.

Mr Bagbin announced that the health ministry was taking delivery of 161 well equipped, state-of-the-art ambulances at the cost of 10 million Euros. 50 of these ambulances, he said, had already been distributed around the country and the rest would soon be arriving.

As part of effort to address the challenges of equipment, Mr Bagbin said the ministry was taking delivery of over 267 million USD worth of medical equipment, 20 mobile clinics and related services this month under the National Medical Equipment Replacement Project.

He noted that the exploration of oil in the Western Region came with health related challenges and government was taking steps to equip health facilities in the region to be able to deal with the new challenges. He said the Effia-Nkwanta Hospital was benefiting from an ultrasound scanner, 6-bed adult intensive care unit, dental unit, neonatal intensive careunit, Labour Ward, general adult and pediatric ward equipment, operating theatre equipment and surgical instruments. The rest, he said, were medical imaging, including ultrasound, digital mammography for breast cancer screening, floor-mounted x-ray, 16 multi-slice CT scanner, C-arm, ophthalmology and ENT examination and treatment units and a colposcope for cervical examination.

In addition, Mr Bagbin noted that Labour Ward and outpatient's department equipment would be supplied to health facilities in the Western Region, such as Bibiani, Dixcove, Enchi, Essikado Half Assini and the Kwesimintsim polyclinics. The rest are Prestia, Sefwi-Wiawso, Shama, district hospitals; the St Martin Deporres Hospital at Wassa Akropong and Takoradi Hospital.

The Health Minister commended Kosmos Energy for their investment in the health sector such as the Malaria prevention outreach campaign last year, the provision of four medical waste incinerators for some medical facilities, donation of infant and baby weighing scales and the construction of a Medical River Boat to serve over 1000 people along the Abby Lagoon.

The Corporate Affairs Director of Kosmos Energy, Mr George Sarpong, said his organisation considered improving the livelihood of people within its operational area very important because it “is the right thing to do.”

The Deputy Western Regional Minister, Emelia Arthur, noted that Kosmos Energy alone contributed 25% to the Jubilee Partners' joint corporate social responsibility initiatives but had undertaken a number of projects outside that partnership.