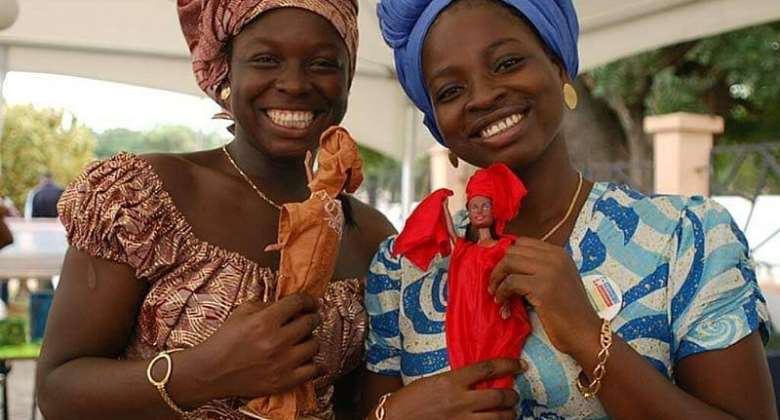 Women of Kyode in file photo

Kyode People also known as Atwode, Akyode, Ayodele, Gbenga, and Grobbee People can be found in the Northern Volta basin of Ghana, Northern Burkina Faso, and Northern Ivory Coast. Kyode are part of the Guan ethnic group of West Africa and they are related to Chumburung, Dwang, Foodo, Ginyanga, Gonja, Kplang, Kyode, Kranche, Nkoya, Nkami, and Dompo People who are believed to be all part of the Northern Guang and Kyode as well the Guang — also spelled as Guan — speaking People.

Kyode People grow crops such as watermelon, coconuts, yams, cassava, plantains, millet, rice, and many other crops. Their language is known as Gikyode which is made up of some Ahanta and Gonja languages and Kyode communities include Abrewanke, Nyambong, Chilinga, Pawa, Keri, Kromanse also known as Kromase or Akromanse and Shiare.

The paramount seat of Kyode is in Shiare and its Kingship is known as Gewura, and is a form of community leaders in their communities with each Kyode community having a Chief, or Wura who rules the town. The Chief of Kromase is known as Kromase Wura and Shiare own is known as Shiare Wura or Osulewura, which means the King of Kyode Kingdom.

Kyodes can be found in the Northern part of the Volta Region and some Northern parts of the Brong Ahafo Region. Others are in some parts of the Mossi Region of Burkina Faso and some are in parts of Northern Ivory Coast. Kyode has a town known as Nkwanta which shares a border with present-day Togo and Burkina Faso and their remote villages. In the Kyode town of Nkwanta in the northern part of Ghana’s Volta region, it is said minerals are being discovered such as gold, diamond, and many more. The Kiyode Nkwanta Paramount Chief of Volta Region known as Nana Obonbo Sewura Lipuwura II

The Guan have been heavily influenced by their neighbors the Kyode who are a subgroup of the Guan and have some Gonja words and Ahanta words in their language. As far as the other Guan subgroups are concerned, the Anum-Boso speak a local Ewe dialect, whereas Lareth and Kyerepong have customs similar to the Akuapim groups. It is said Kyode and Gonja were ruled by the members of a dynasty of Mande Origins, It is believed the ruling dynasty, however, does not speak Guan. It is said Kyodes used to be with the Ahanta people during the rise and fall of the Ahanta Empire.

In the history of the Kyode it is believed Ndewura Jakpa was a Gonja warrior who fought his way across and to the west then to the east and died in battle. He was the founder of the Mande dynasty in the Gonjaland in what is now part of Northern Ghana. Early in the 17th century Ndewura through invasions had a great Influence in other parts of West Africa.

The Guans founded one of the several northern kingdoms in the 18th century, others claimed they later became part of the British Northern territories after the fall of the Asante, facial marks also known as tribal marks play a big role in the Kyode Culture.

It is said that the Mandingo forces that entered present-day Ghana with all other allies, too numerous to mention, arrived under the leadership of the Mandingo leader of the forces from the Songhai Empire in 1546. During the reign of King Askia Muhammad who ruled for 35 years. By 1528 his son known as Musa and his nephew known as Askia Ishmael (translated in Arabic as Askia Ismail) had a power struggle…

Kyode diet consists of plantain, cocoyam, corn, rice, coconut, and palm nut which is considered to be one of their favorites food items and is known for producing palm oil. Polygamy is allowed and attests to the wealth and power of men who can take good care of at least one wife before marrying two or more wives. Having children is very important and it plays a big role in Kyode Guan tribe who are patrilineal.

Learn more about the people of Kyode in this March 31, 2021 video below courtesy of JoyNews Ghana.

Economic crisis: We shall resist any attempt to cut our pens...
31 minutes ago