All You Need To Know About Hirayama Disease 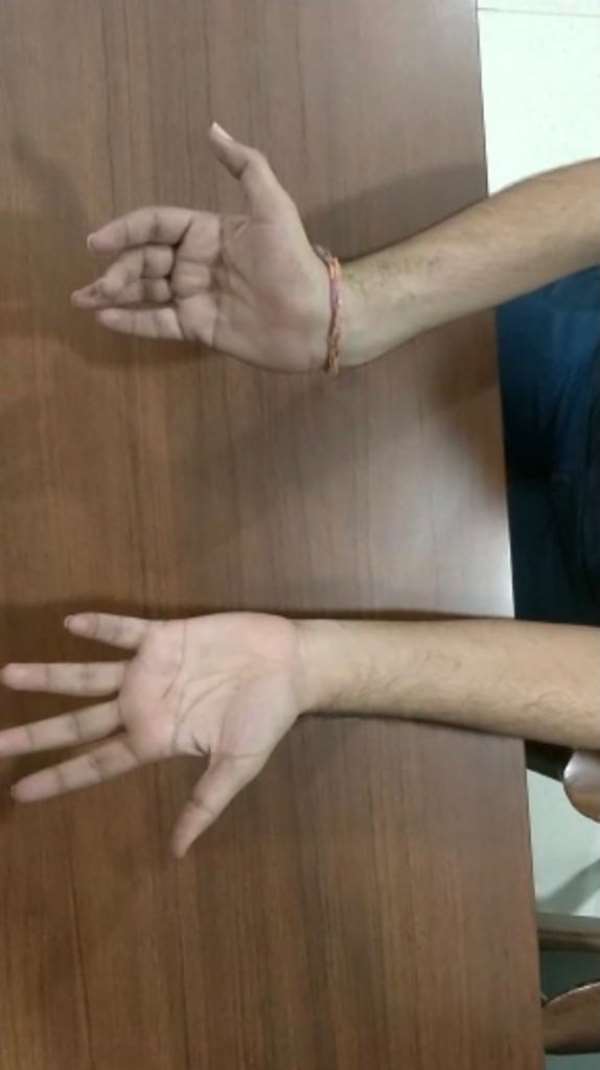 What is Hirayama Disease?

Hirayama disease is a rare disease of the nervous system presenting with weakness of one or both hands. This condition was first described by Keizo Hirayama in 1959. It is also called brachial monomelic atrophy (MMA), juvenile segmental muscular atrophy of distal upper extremity.

It is more prevalent in Asia especially Japan, India, China, and few Southeast Asian countries. In India, it is commonly seen in West Bengal, Andhra Pradesh and Telangana regions. The disease is mostly seen in males in the adolescent and early adulthood age group (15-25 years).

The cause of this disease is not fully known. Initially it was thought to be a progressive degenerative motor neuron disease; however it may not be so. It has been postulated that there is a discrepancy between the growth rates of the vertebrae and the dural sac during the growth spurts of adolescence. The vertebrae lengthens much more than the dural sac and its contents, causing the dura to displace forwards on neck bending which results in spinal cord compression. Due to this, the microvascular supply to the cord is impeded resulting in cord ischemia and neuronal cell death, clinically manifesting as limb weakness.

There may be genetic factors which may predispose to the disease occurrence however no specific gene has been identified with this disorder. Hirayama disease is nonfamilial in most patients.

It is insidious in onset and slowly progressive. Patients initially notice difficulty in writing, doing fine work like buttoning the shirt, mixing food and holding objects in the hands due to weakness. It usually starts in one hand and then may progresses to involve the other. Later in the course of the disease the hands become progressively thin and develop a claw deformity with useless function. Worsening of weakness when exposed to cold environments is another characteristic feature of this disease. There is usually no sensory loss and no difficulty in passing urine or stools. Rarely the disease may involve the arm and shoulder muscles. Atrophy slowly progresses and plateaus typically over the course of several years. By that time the hands are completely wasted and have no functioning capacity.

Diagnosing this disease can be tricky as it masquerades as other degenerative neurological disorders for which there is no definite treatment yet. Muscle biopsy and nerve conduction studies suggest neuronal cell death without giving clue to the cause. Routine cervical spine MRI may miss the diagnosis. There may be a Loss of normal cervical lordosis (curvature) with straight or hypnotic (reverse curvature) cervical spine alignment, but this is a nonspecific finding. No compression over the cord is evident. However on performing MRI with the neck flexed (bent forward) compression of the cervical spinal cord posteriorly by the dura (a thick protective membrane which comprehensively covers the brain and spinal cord) can be patently identified. In advanced cases there may be localized atrophy of the cervical cord.

Till recently this disease was looked at with despondency and nihilism, with no specific treatment. A cervical collar with watchful expectation along with physiotherapy was the treatment option available. It may provide some relief from symptoms, though not satisfactorily. In spite of this, the disease can progress relentlessly, stabilizing only after significant wasting and weakness has occurred.

Over the last few decades, it is becoming clear that surgical intervention may provide some hope to this otherwise hopeless condition. The surgery involves removing an offending cervical disc and fixing the adjacent portions of the cervical spine with a plate and screws. This reduces the extent of neck bending and prevents further damage to the cervical spine. This is a technically challenging surgery done under the microscope. The disc is approached via an anterior neck incision and by displacing the trachea and esophagus to one side.

It takes about an hour or two depending on the complexity, to perform the surgery. The patients are discharged the next day after surgery and are encouraged to return to normal activities in a week or so. Following surgery, a cervical collar is to be worn for 3-6 weeks along with regular physiotherapy. In most patients, the disease stabilizes after surgery along with many times noticeable improvement in hand bulk and strength.

Hirayama disease is an often under-recognized condition, the etiology of which is unknown. It usually affects the young male population leading to an incapacitating, helpless situations of hand weakness. If timely, early diagnosis is made surgical intervention can provide a ray of hope in halting the progression and to some extent reversing the weakness in these patients.