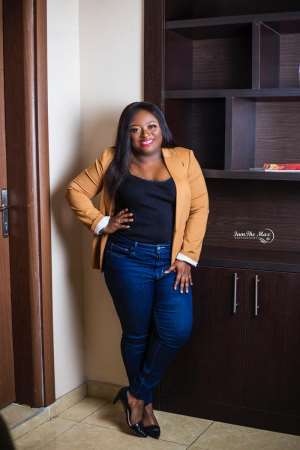 In a male-dominated society, brave women are taking a stand against popular stereotypes and are becoming role models in today’s world. Since the dawn of man, women’s social status has relied on their ability to take care of the kids, do house chores, and make dinner for the family.

However, amid the cultural expectancy came anger and intolerance, with obstacles to women’s suffrage, unequal pay of women in the workforce, and the lack of female politicians provoking change in a woman’s role in society. As these women take a stand, the impact of their actions becomes more evident in changing times.

One of such women is Gifty Oware-Aboagye, a true definition of a model global citizen, Ghanaian-born educationist and transformational speaker, the Deputy Executive Director of Ghana’s National Service Scheme, a governmental agency, where she has responsibility for General Services, helping to manage an annual personnel pool of about 100,000 annually. Gifty serves as one of the best examples of a female role model, one who relies on education as her escape in everyday life.

A determined scholar and an innately results-oriented political leader, Gifty came from a hard-working, middle-class family, she excelled in school, attending her secondary education at the Ghana Secondary School before proceeding to KNUST where she earned a Bachelor of Arts Degree in History. Gifty also holds a postgraduate certificate in Management of Democratic Elections in Africa (MDeA) from the University of South Africa.

Gifty’s humble beginnings were also an indication of her tremendous ability to gain power through her strong personality. A native of Kwahu-Pepease in the Eastern Region of Ghana, the daughter of Isaac Oware, a Development Worker and Kate Donkor a textile trader. Her combination of family values and personal perseverance may have led to her principle belief that economic and individual freedom are dependent on each other.

Gifty began her career as the Events and Marketing Manager for Reflects Marketing Plus in Accra from 2011 to 2014. In 2014 she joined the Danquah Institute, a political think-tank named after one of Ghana’s founding fathers, Dr. Joseph Boakye Danquah, focused on making a courageous, imaginative, and constructive contribution to nation-building and development, to enhance the life of every individual citizen.

Prior to her appointment as the Deputy Executive Director of the National Service Scheme, she was the Director of Research and Media Relations at the Institute. Gifty with the passion of Agriculture has made a tremendous impact in that sector both in service to the nation and in her individual capacity. As part of the mandate as Deputy Executive Director in charge of General Services at NSS, she had to look for sponsorships to revamp the defunct NSS Farms to internally generate funds. Through such relentless efforts, the NSS has put all major farms back on track and acquired new farmlands for cultivation. There is the Nungua Farms, the Papao Farms which deals with the animal husbandry, the Brenam cultivation, Dawhenya Cultivation, the Ejura mechanized Cultivation. The gestation period of Agriculture yields in the future and as part of the innovative plans being examined, the National Service is taking steps to add value to such cultivated items.

Gifty consults for the Oware Fruit Juice Company as a financial and investment analyst. A Fruit Juice Processing company established ten years ago with a production capacity of 12,000 bottles a day from a sucker out-grower cultivation farm. She was at the forefront of student leadership at KNUST and rose from Line President of the Independence Hall to become the first female to contest for the Presidency of the Social Science Faculty. In March 2010, she was appointed as the Under-Secretary-General for Political Affairs at the First Session of Ghana International Model of The United Nations. 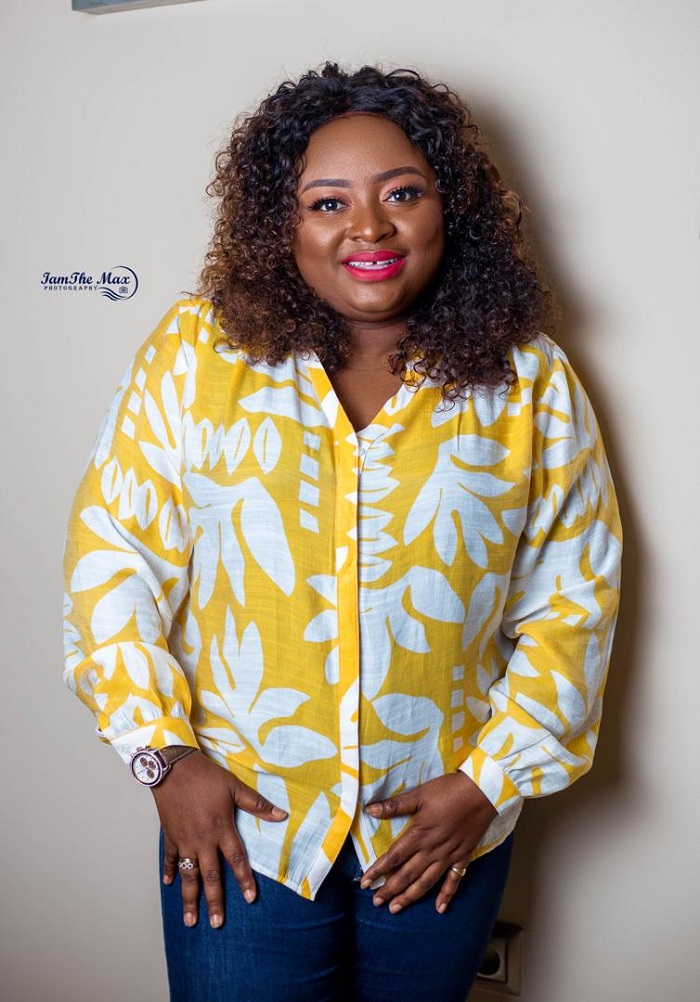 “In a world of “firsts”, Gifty Oware Aboagye has truly shattered the glass ceiling and broken the mold for female leadership for generations to come.”

In an interview with Pleasures Magazine, she shared her experience and advice for women in leadership positions, stating that it is imperative to make space for other women.

“Make sure that it’s not just about you, that there are other young women that are also coming up the ranks,” she said, adding that “the day when you stop, they are there to also take space.”

When asked what are the essential qualities that must be embedded in a leader, she responded, “confidence, energy, generosity.”

From female empowerment and gender parity to advocating for climate change and sustainability, Gifty’s extensive and noteworthy career has been fueled on taking targeted actions, as a global citizen.

For Gifty, who is a recipient of an honorary PhD in Sociology and Social Work by the DaySpring Christian University College Lauredale Florida for her dedication to social activism and efforts aimed at changing society for the better, her mother was a very driven woman who always expects everyone to put their best foot forward in all they do. “There was a high moral tone at home”, she said in the interview.

It took a lot of perseverance and self-motivation to get Gifty where she is. She admits to her parents, teachers and community were also instrumental in her success.

On becoming a role model for young people across Africa, especially young girls. Gifty did not want to feed into stereotypes. She believed that a person’s skin colour or gender shouldn’t be a hindrance to them achieving their goals.

Gifty who was named as a member of the Ghana Football Association’s management committee for the Black Maidens (Under 17 female football team) this year, believes that philanthropy is more than just giving money away.

Most people think about philanthropy as a stepping stone to fame. Gifty says philanthropy is about “engaging rather than signing cheques”. To her, it is a means to bridge the gap between the disadvantaged and “the elite.”

Gifty ascertains the fact that there are still some good people out there who just want to see others thrive. 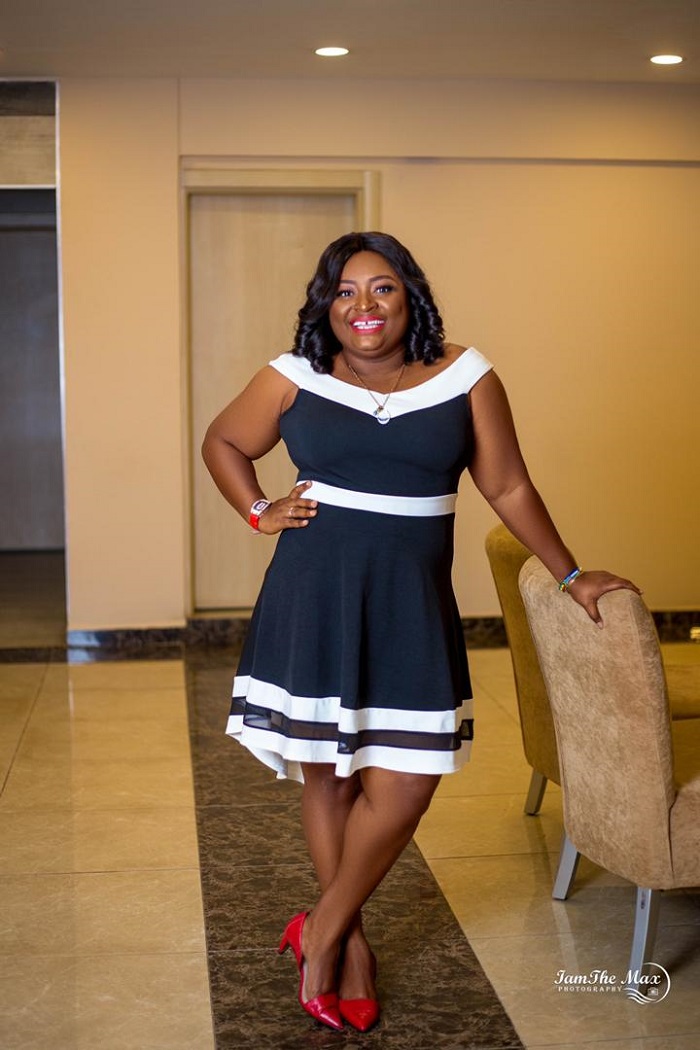 In the scope of #GirlBoss culture, Gifty has become a global force; not just for what she says about women, but because she acts on it.

Gifty has championed a global approach in all aspects of her career, noting that “there is no nobler goal than to be united by a common desire to make the world a better place in today’s interconnected world.” A global force for good, Gifty has continuously paved the way to a more united and forward-thinking future, focusing her work on three key policy areas: education, employment, and family.

The mother of one has been an avid supporter of education, addressing hundreds of thousands of students from different schools across Africa on its importance for global progression. Oware Aboakye describes education as the bridge between peoples and generations. “It is the best investment we can make in our children, no matter where we live, as it provides them with a passport to this new world.”

Recalling her address to the NSS National Orientation graduating class a year ago, Gifty enforced that with the world becoming a global family, “we now have a core responsibility to be good global citizens, to watch out for each other, to be sensitive to how our actions affect one another — no matter where we live. But it will be impossible, unless we all stand together, thinking and acting like true global citizens.”

Looking back, the founder of Berry Foundation told Pleasures Magazine that she always remembered the words of one of her first instructors: “Gifty, you can’t let them run you out of here.” After that, she said, “It was pretty much like, bring it on. Never let them see you cry and never let them see you sweat.”