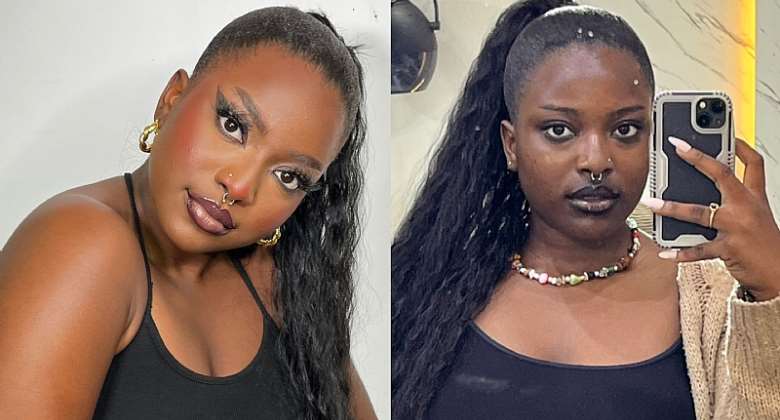 A 23-year-old Ghanaian female model, YouTuber and law graduate, Elorm Ama Governor-Ababio, fondly known as Ama Governor has been denied access to become a member of the Ghana Bar Association.

The GBA cites her irresponsibility on social media as the reason for her rejection.

The socialite has two nose piercings and multiple ear piercings.

She occasionally uploads content that contains nudity, confessing publicly to be a lesbian, as well as other lifestyles that the association considers inappropriate to become a member.

Speaking about this, the socialite describes it as unfair treatment.

She vowed to challenge it until she is given justice.

“Meanwhile, every citizen has a constitutional right to not be punished unless the act they’re punishing you for was defined in a written law and the penalty for it prescribed at B, the time of the commission of the act. Otherwise, it’s unconstitutional. That’s what I learnt in law," she stated.

On Twitter, where the embattled law graduate is most active, some Ghanaians have expressed mixed feelings about the incident.

“I'm glad she has been denied a call to the bar. The law is for serious minds, not wannabe socialites. She can try modelling!

"She can go to the bar if she has been denied entry to the Bar. They’re all bars.”

Sneaker Nyame wrote: “You see why you for left [have to leave] this country? Take Ama Governor do [as a] case study. Charlie black man no wan[t] see his brother win oh.”

Fatima wrote, “Truly horrifying what's happening to Ama Governor. Every year, rapists are called to the bar before our very eyes. Yet it is Ama Governor whose character/conduct is "questionable" simply because she documents how she navigates her life & shares it with us. Shame.”

Damien argued, “People hate to be told the truth. Ama Governor is not fit to be a lawyer.”