How did I fall for Dr. UN’s cheap awards? — Berla Mundi can't believe she was scammed 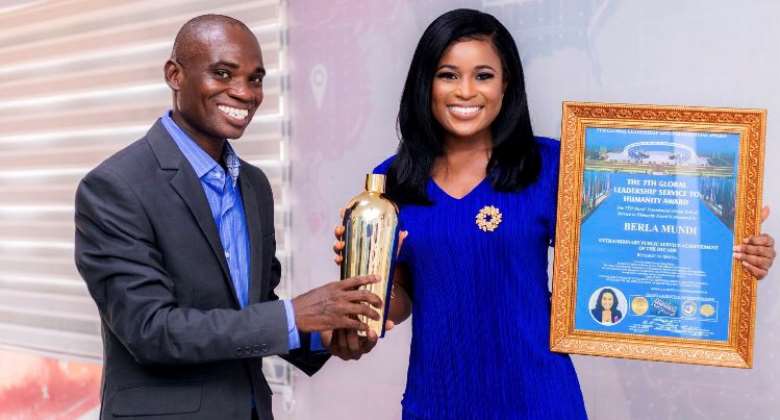 After some years, the celebrated media personality seems embarrassed after accepting what was described as fake United Nations-sponsored awards.

Her tweet today, September 24, monitored by Modernghana News, is that of regret and bitterness, seeing how the scorn artist is parading himself around after deceiving her and others.

“Eeeiii so this man awarded me and I also collected it? I will never forget 🤣🤣🤣🤣🤣🤣🤣,” she tweeted.

What happened on August 28, 2020 has since become a hot topic in the aftermath of the 7th edition of the United Nations Global Leadership Service to Humanity Awards.

Celebrities and media figures such as Sarkodie, Nathaniel Attoh, Serwaa Amihere, Berla Mundi, Jonnie Hughes and others were victims of the awards.

They were given various objects believed to have various meanings which was later revealed to be a hoax after the international body United Nations issued a disclaimer.

2023 budget: Expenditure cuts are just a recycle of broken p...
45 minutes ago