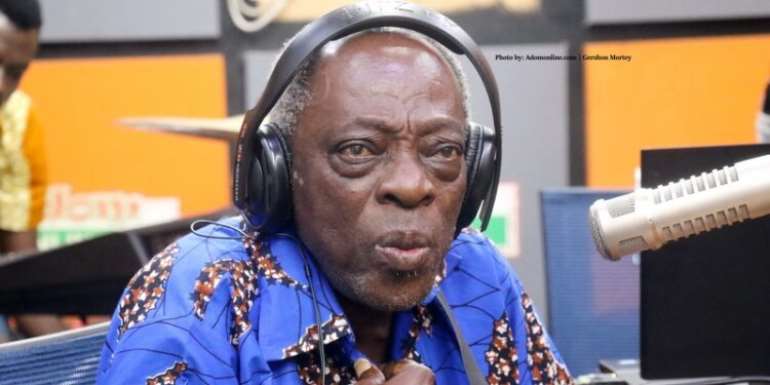 The actor whose pictures were posted on social media some few weeks ago in an ailing state passed away at his residence in Accra on Thursday evening, September 16, 2021.

His daughter, Comfort Laing, who confirmed the news to ghanaweekend.com, said her father passed away at his residence in Accra on the evening of Thursday, September 16, 2021.

He had suffered a stroke and was undergoing treatment at Dr Power Herbal Clinic at Ashaiman Newtown junction, Tema.

The comical actor and lead character in Ghanaian colonial concept sitcom, ‘District Colonial Court’ in which he starred as a native man serving as a special aid to the governor’s rep for a rural community.