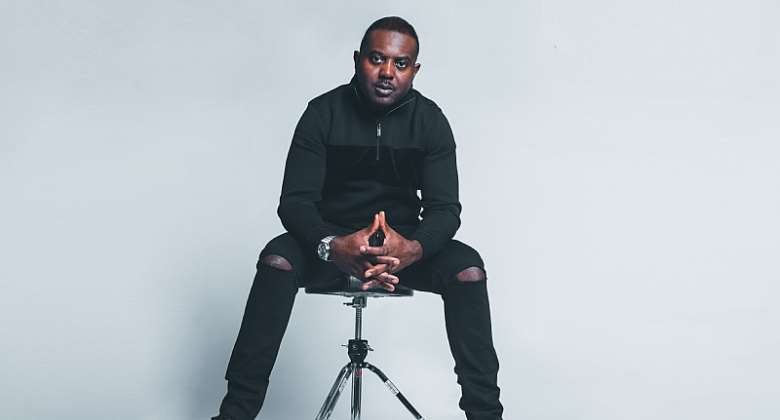 Kelvyn Boy’s Blackstar album has definitely been making waves since its recent release and absolutely demonstrates his talent and ability to deliver quality Afrobeats on an international level thanks also to the team of talented producers on the project.

Myx Quest, Producer-Artist & Composer is one of the contributors on the album ending it with a beautiful track titled “Never Lose” with UK artist Haidara, sister of Estelle known for the global smash “American Boy” with Kanye West. For those who have listened to the whole album, you would have noticed that this particular track stands out as it has quite a different sound.

And for those who are familiar with Myx Quest’s works including his previous release featuring Kelvyn Boy “Tingi Ningi” and current single “No Apologies” with M.anifest, Kimarné, and B4Bonah you will know having a different approach to production, arrangements, and music, in general, is what Myx Quest specializes in, including being also known for composing and conducting orchestras and being an accomplished musician.

According to Myx while creating Never Lose he really wanted to tap into a part of Kelvyn that showed a slightly vulnerable side of him and how he feels about his career so far given all of the challenges he’s faced. When describing the sound Myx said he wanted to create a timeless record that set an atmosphere of reflection, inspiration, motivation, and intention.

He also explained how the track was created saying “we were on the motorway driving back to London after a shoot and were talking about how his career was going and the plans he had for the future... at that point I felt that despite the regular Kelvyn Boy most see in a particular way on interviews etc. he showed a different side and I decided to play a rough version of the instrumental... by the time we got to London after about an hour the concept and song were written, I then said I knew the perfect person to compliment what he’d written so we arranged a session with Haidara to finish off the track.”

Listen to Never Lose below:

Myx Quest has a lot more coming our way with collaborations more artists from Ghana, UK, Nigeria, etc. as he gears up for his next release so let’s watch this space!

Ministers create 'kingdoms', become 'untouchable' if not res...
4 minutes ago

Some ministers I reshuffled not my best friends anymore – Ma...
4 minutes ago