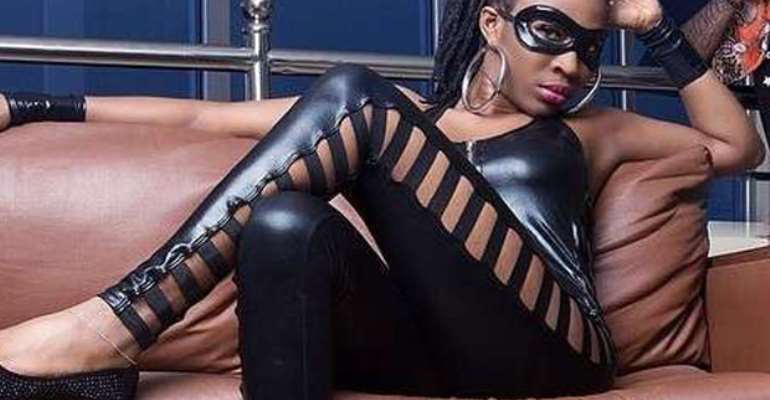 Female dancehall artistes, AK Songstress, has appealed to the Ghanaian media to focus its attention a little bit on female musicians who are doing well.

AK Songstress, who recently released her latest single titled Obinim, which featured Nukre, said she wanted female artistes in the country to be given equal attention by the media.

She told Onua FM's entertainment host, Christian Agyei Frimpong. AK Songstress hinted that a number of female artistes had good managers and good branding but were not getting the needed attention from the media.

She mentioned that when a female artiste organized an event, the media does not go to cover as compared to events of male artistes, adding that this makes her feel the media is still living in the past when the music industry was said to be a male-dominated one.

According to her, “In the past, we did not have enough females in the industry.”

“We could count Mzbel, Abrewa Nana and just a few, but now I can mention about 10 female artistes who have potential of taking the name of Ghana forward and it is about time the media shifts its focus to females because things have changed,” she added.

As a recording and performing artiste, AK can best be described as multitalented and a versatile artiste with a vision to rub shoulders with those on the international music scene.

Recognized as one of Ghana's successful female music icons, AK is credited with a number of hit songs such as King of Queens, Baddest, Don't You Dare, Want U Close, Ghetto Cry featuring Sizzla, Dangerous featuring 4×4 and Rock Ur Body featuring Patoranking.

As the first female to ever win the discovery of the year for dancehall/reggae artiste at the 2014 BASS Awards, she was discovered some years ago by the Chief Executive Officer (CEO) of Paradise Entertainment, Duke Banson.

Also known as Queen of African Dancehall, she was honoured for being an outstanding role model and having positive influence in her community and across Ghana.

The event, which was held in Canada on February 14, attracted some music producers, managers and record label owners in Africa, Europe and the United States of America.

Currently on Paradise Entertainment label, she has been a strong forces pushing and putting the Ghanaian dancehall music on the world map and has performed on countless local and international platforms.