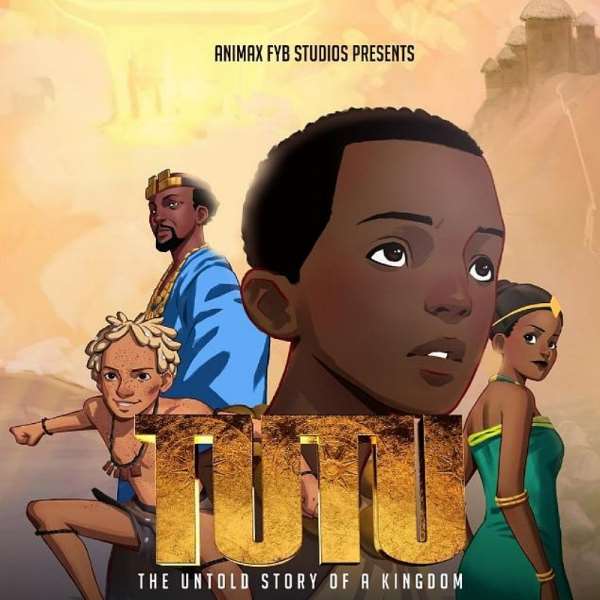 THE AnimaxFYB Studios, one of Africa’s pioneering animation outfits has taken a giant leap in bringing Ghanaian and African animation to global audiences.

Consequently, the studio has announced the unveiling of ‘TUTU - the Untold Story of a Kingdom’, a historical 24-minute episodic animation serial about the quest of Osei Tutu, first King of the Asante, to free his people from bondage in Denkyira.

TUTU would be unveiled on Friday, December 20 at the Alliance Francaise in Accra.

The Creative Director of the studio, Mr Francis Y. Brown has produced a number of short films including the popular and award winning 2015 animation film Agorkoli.

Speaking in an interview with Graphic Online, Mr Brown said, ‘TUTU’ focuses on two main characters, Osei Tutu and Okomfo Anokye who embarked on a journey to unite the divided Akan clans.

“Their epic adventure is filled with ingenuity, love, challenges, courage and a whole lot of magic! Tutu not only promotes cultural pride, but stands to preserve our African history as we have collaborated with historians, writers and creatives across the continent to ensure its accuracy,” he said.

He added that "Tutu is a family friendly animation that coveys the theme “United we stand, divided we fall” and also draws upon ancestral connection and harmonising with nature - a concept important in our global endeavours to conserve our environment.”

Mr Brown said although limited source of funding and lack of proper structures in the local film industry was a threat to the growth of the animation industry in the country, some budding artistes were determined to “break the ceiling and excel”.

“The biggest threat facing AnimaxFYB Studios is basically funding for projects and proper structures governing filmmaking and in Ghana, we don’t have proper film board with the necessary structures. This makes it very hard to secure co-production deals from other countries and continents”, he noted.

He added that the art of filmmaking has been subjected to lower standards.

“The low standards have contributed to the decline in its viability. We believe we all need to be under one unit which is the Ghana Academy of Film Television and Arts (GAFTA) as the accredited academy to spearhead the agenda of film and television”, he said