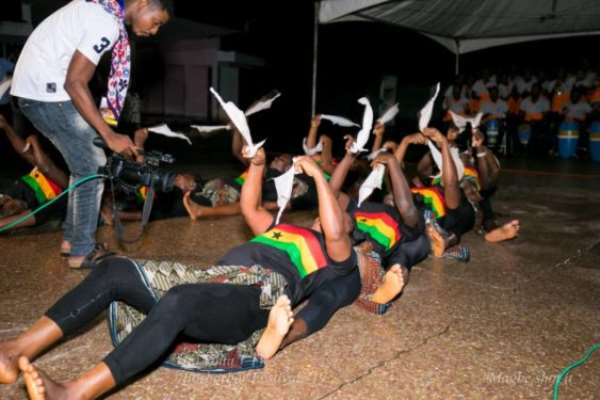 The people of the Volta Region have celebrated, in grand style, the maiden edition of the much-awaited Borborborza (Borborbor Festival).

Designed to showcase the richness of the region’s folklore, native music and dance, the event witnessed participation from dance troupes drawn from four communities – the Agbenunyale troupe from Adaklu Torda Afeyiyiame, Unity Band from Dodome Avexa, the Norvisi troupe from Lume Ge, and the Dodome Teleafenu Borborbor troupe.

It was a battle for glory and supremacy as each group sought to outdo the other in artistic rendition of assorted native music and dance steps in a very colourful and charged ambiance.

The event is an initiative of Volta 1 Television and Heritage Group, with assistance from a number of media houses.

Per the design, there are four distinct zones encompassing various communities across the region – the Ho Zone, Awudome Zone, Kpando Zone and the Hohoe Zone – Each of these shall host its own competition – Hohoe Zone on 10th November, Awudome on 24th November, and Kpando on 8th December – after which the top three troupes from each zone shall have the opportunity to battle it out for the ultimate cash prize of Ghc 2,000 at the grand finale on 26th December, 2019.

All said and done on day 1 of the event, Unity Band from Dodome Avexa stamped their authority in an undisputed victory. The Agbenunyale troupe of Adaklu Torda came second, followed by Dodome Teleafenu with the Normal troupe of Lume Ge bringing the rear.

High Court shoot down Agordzo's application to travel
34 minutes ago

ASEPA to file RTI request for minutes of Justice Dotse-AG 'S...
34 minutes ago