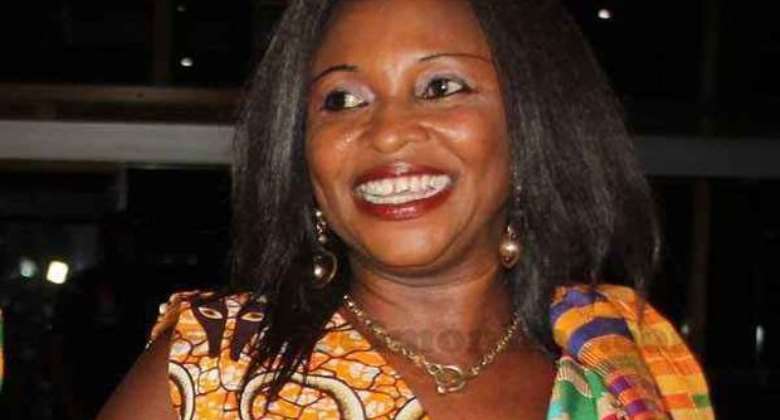 The Manager of Kumawood Actress Rose Mensah, popularly known as Kyeiwaa has debunked rumors making rounds that the actress is dead.

Speaking to Halifax Ansah Addo on Okay FM's 'Best Entertainment' show, monitored by ModernGhana on Wednesday, Eugene Moratt disclosed that the comic actress is currently in the Bronx in the United States of America (USA) and looking healthy.

"I even phone conversation with Kyeiwaa yesterday and she is healthy working in a shop in the States. I am it is one of those things by bloggers to generate traffic on their site," he asserted.

This follows after social media platforms especially Facebook on Saturday went buzzing with reports that the Ghanaian celebrated actress was dead.

According to the reports, the actress died of an unknown ailment at the Komfo Anokye Teaching Hospital (KATH).

She is said to have given up the ghost days after fighting what was later recognized as poison.

However, her manager has described the report as false, calling on Ghanaians to treat it with the contempt it deserves.

The actress, Kyeiwaa has featured in over 150 local movies and won numerous awards.

She shot to fame when she acted a leading role as a witch in one of the most criticized movies in the history of Kumawood “Kyeiwaa”.

Mankessim murder: Another suspect grabbed at Akwakrom
15 minutes ago