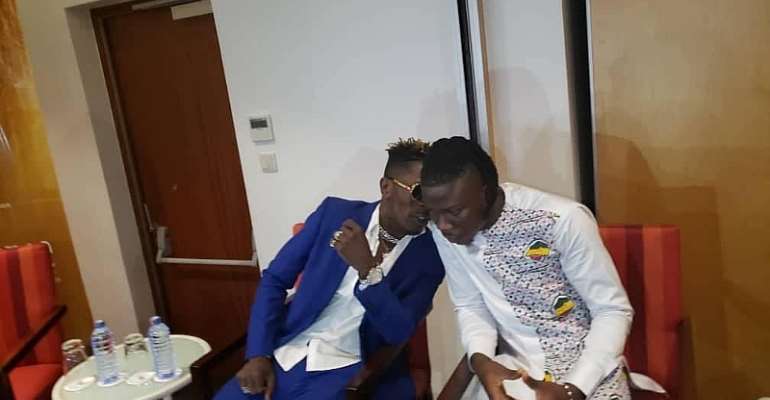 The bitter rivals, Shatta Wale and Stonebwoy urged Ghanaians “especially their fans” to also ceasefire because unity is the key to peace and development.

The artistes continued that the picture they recently uploaded on their social media handle to indicate peace was no fluke which is why they decided to meet the press today, Tuesday 4th, 2019 for them to witness their union.

To affirm their togetherness, Shatta Wale planted a soothing kiss on the cheeks of Stonebwoy before the cameras which sent the audience into wild laughter.

However, when quizzed about the sustainability of their union, Stonebwoy answered saying “The length of this unity is not dependent on us, we leave it to divine. And we beg you the media not to pitch us against each other”.

Meanwhile, the two artists seized the opportunity to announce their peace concert dubbed “Ghana First" which they are yet to slate a date for the event and called on their fans to respect the truce and let peace prevail within the industry.

Watch the video Below;