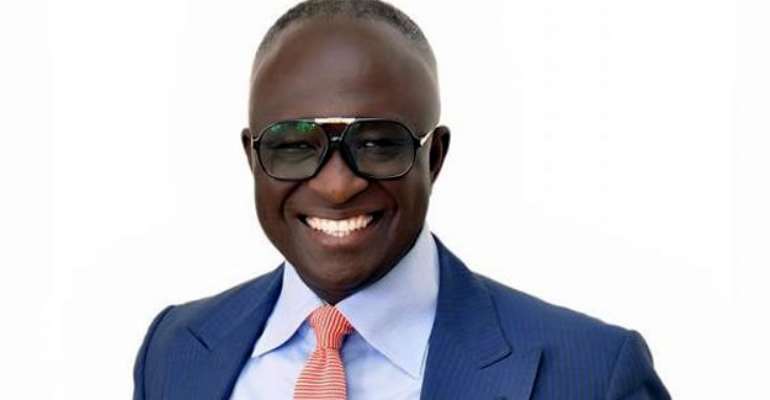 Seasoned Ghanaian broadcaster, Kwasi Kyei Darkwah (KKD) has added his voice to the many Ghanaians who have condemned the chaotic incident between Shatta Wale and Stonebwoy, which occurred at the just ended 20th Vodafone Ghana Music Awards (VGMAs).

According to the Master of Ceremonies and fashionista, the organizers of the event, Charterhouse didn't put in much work to prevent the brawl from happening.

In a post on Instagram sighted by ModernGhana, KKD popularly known as 'The Finest' said: "Security incompetence and inertia at the event was evil."

In condemning the behavior of the two dancehall artistes, KKD urged them to learn from their pacesetters and end the violence.

Below is what he posted:

Must be lessons for the wise and the fool

Plus cowards with tools & lions with balls

The many paid promoters of culture:

To ignite the fight in many a squatter

Revisit & replay the nonsense on air

Disguised as interviews & see how clear

This shameful day was slowly dawning

In this poor, rich nation without a care

What we expressly admire & condone

How we throw & feed a dog a bone

What we promote in every corner & zone

Empowers gullible artistes & their own

The build up was heard & seen by one & all

But folk thought they were having a ball

Became the stock-in-trade of some musicians

Is it unfair to present it as it is?

Well, few who in the wind have keenly pissed

And sprayed the filth out of their bladders

Into the soups of peers, fathers & mothers

Instead of creating, composing & singing

They hamper good folk striving to make a living

But know that all hype will die after subsiding

It is never too late to try

To milk the cow; but to cry

Over what is spilt; don’t collect it

Be they a fan, Kanye West, the fam or the devil

“Then packing a gun into a national show

Not any waakye or apio party in some slum or ghetto

And then carrying it onto a stage for whatever

And drawing it for your weapon or toy to show

In the presence of your elders, guests & reps of Government

In the view of other nations watching our entertainment

If they did their work, it would be clean & simple

Mama Africa, I cry, make us dignified and civil

Learn from The Maestro Kojo Antwi