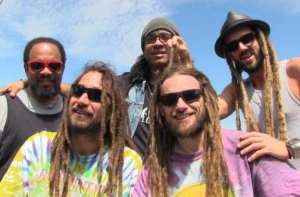 Fast-rising Ghanaian reggae/dancehall musician, Raingad may soon become one of the biggest music exports from Ghana.

The band also went ahead to run a paid Facebook ad for the video on their page while urging everyone to share the post and watch the video.

If what we've seen on Facebook is something to go by, Raingad may be on his way to a legendary feature which could as well explode his musical career.

Set aside the purported rejection of 2022 budget - Majority ...
41 minutes ago

Xavier Sosu fights back, files for stay of execution against...
41 minutes ago