Diss Tracks: A New Form Of Revolution From Upcoming Rap Artistes In Ghana? 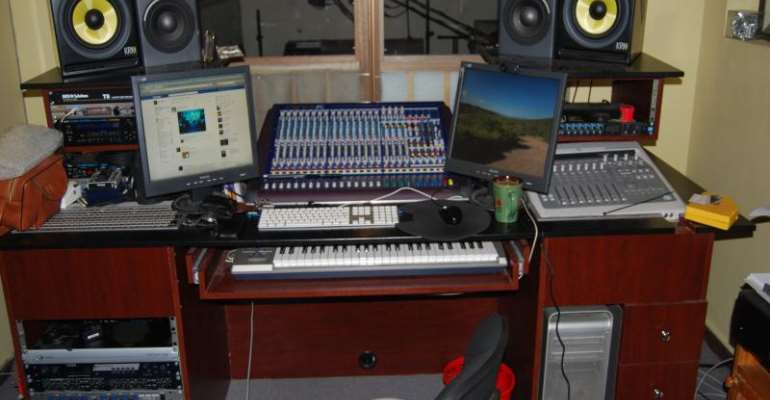 The world has always consisted of the 'haves' and the 'have nots'; the elites and the unrefined; conquerors and the conquered; royalty and commoners. This is how the world has been established as civilizations begun to evolve and develop. However, there have been times in history when those on the 'short-end of the stick' had to rise up against the status quo that had been established often known as revolutions. The French Revolution of 1789 is one such event in history that saw a popular revolt against the established order which saw the monarchy and clergy beheaded to appease the anger of the people-basically a coup d'etat.

In Ghana, we saw a coup d'etat (Revolution) against Kwame Nkrumah which was the first of many more revolutions along the line in the country's history. Some revolutions also come in the form of social uprising against the status quo as we saw with the Arab Spring of 2010, which grew to eventually topple governments in many Arab countries such as Egypt and Tunisia. Some revolutions are often incomplete but show their potential and often get the message of the oppressed through as we saw with the riots by students of KNUST this year.

There are also more orderly revolutions that uses the system to defy the status quo. BREXIT of 2016 is a typical example of how the people of the United Kingdom, through a referendum rejected the European Union and opted for a more sovereign country. Such a revolution wasn't violent nor chaotic but evolved through a system often designed by the status quo. The election of Donald J. Trump can also be viewed as a revolution as the American people opted for a man they believed could put America first and not be too aligned with globalist policies and agenda such as: Climate Change.

The purpose of this article is not designed to be a long essay of revolutions through history, but what has been said so far is meant to make the point that, revolution appears to be inevitable and can take form violently or orderly. The music industry especially in Ghana is not immune to this hypothesis. There is an elite group of music companies and musicians in the country who seem to be enjoying all the pleasures of stardom to the detriment of many upcoming artistes. It's almost like a 'Cartel' where a group of individuals behind their companies have basically blessed artistes they deem worthy and block the path of anyone else trying to climb up the ladder.

It may be that this 'Cartel' in the Ghana music industry do not intend to stifle the growth of other artistes they do not recognize but as they promote the ones they love, they block the shine of others and as such, some are happy and some are very very unhappy. The 'Cartel' control the radio stations, the television stations, have financial power, and are well connected to super influential people in politics and in the media so how can low-resourced but talented artistes compete in a system that appears to be monopolized on behalf of those the 'Cartel' like?

Revolution! But how does it really work? Well, one has to look at Phrame GH and Chymny Crane as these two appear to be the main artistes who have launched big attacks against super powerful figures in the industry. Phrame GH in 2017, went after Bice Osei Kuffour (Obour) in a diss track called "Letter to MUSIGA". The track got some attention and was even picked up by MTV Base as a top story. But the more interesting and most recent attack was by Chymny Crane, who was catapulted into the limelight after he launched an attack on one of the biggest, talented, richest, and most influential artiste in Ghana, Sarkodie.

It was an unexpected attack by Chymny since Sarkodie appeared to have been enjoying some popularity with his "Biibi ba" chorus which saw many talented and upcoming rappers hop on the track. Riding on that popularity, Sarkodie released "My Advice', a super enjoyable rap tune of which some have called a diss track directed at Shatta Wale, a huge dancehall boss in Ghana.

Everyone was just loving and enjoying Sarkodie's track when Chymny launched an unsuspecting attack on Sarkodie. Chymny knew he had to be on point since any mistake could bury him for life. Yet, the attack was spot on in terms of his flow and delivery which was very impressive from the Ga rapper. It was a bold and daring move which got people talking about him and trying to find out who this audacious boy is.

Could Phrame GH and Chymny have shown upcoming artistes the way? Could their actions be a call for a revolution where the struggling but talented artistes launch a 'beefing' campaign to topple the 'Cartel' in order to establish a new order favorable for upcoming artistes or perhaps get the 'Cartel' to give more people a chance by making their radio stations play more songs from the underground or getting their television stations shed some spotlight on upcoming talents who have something exciting to offer?

Either way, the upcoming artistes will have to do something serious in order to get a share of the cake. Radio stations playing the same songs each day and out; television stations showing the same music videos, how long will it continue? Upcoming artistes have to do something to force the focus on them to establish their relevance or else, they may never see the fruits of their God-given talents and labor.

What happens after they force their way into the spotlight? Will they be able to do better than what was already existing? Or they will decline giving room for the return of the 'Cartel'? That will probably have to be a discussion for another day.