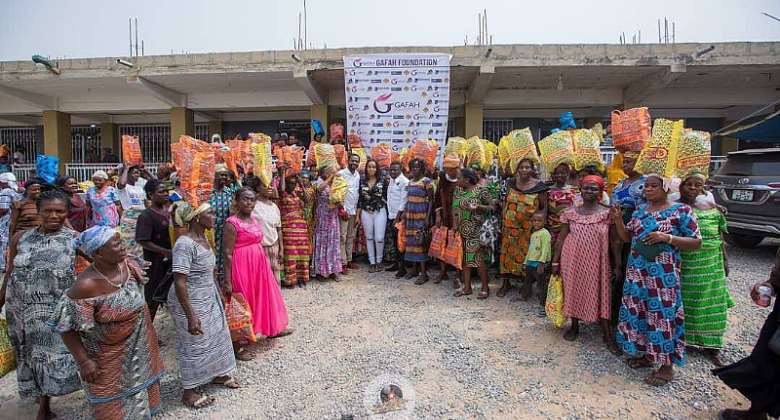 Benedicta Gafah just like a true believer believes that giving is far better than receiving just as the good old book preaches.

The celebrated actress who does the donation more often revealed to AttractiveMustaphacom , that the impact of losing one’s husband is a very painful experience.

below is the pictures of her donation.