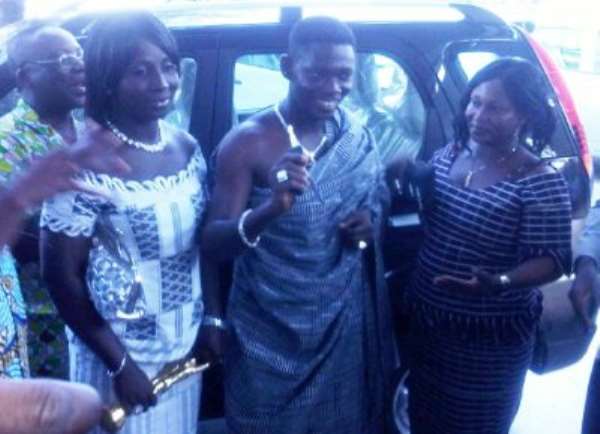 
Winners of the maiden edition of the Ghana Movie Awards have been presented with their prizes at a presentation ceremony held at the Golden Tulip Hotel in Accra Tuesday.

The prize presentation attracted some of the crème de la crème of the Ghanaian movie industry; Efo Kojo Mawugbe, Fred Amugi, Prince Tsegah, David Dontoh, Kofi Bucknor as well as some of the awards winners.

The ceremony was also used to present statuettes to Rose Mensah and Juliet Ibrahim who were not at the December 2010 awards.

Roselyn Ngissah, who is among the four actresses who won the car, told Hitz Entertainment News in an interview that the awards is a good start and that the industry deserves it to encourage movie makers to do good movies.

“It's a good start… we haven't had this in a long while so this is actually supposed to encourage movie makers to do more and more quality movies and then we artistes will also improve in our works.”

The awards, she said, did not come as a surprise to them (the four) because they were equally good as their competitors.

The question on the lips of many is how the four winners will manage the car? To this she said, “For the four of us, one car, I think we will just sit and decide on what to do. We will decide on soon.”