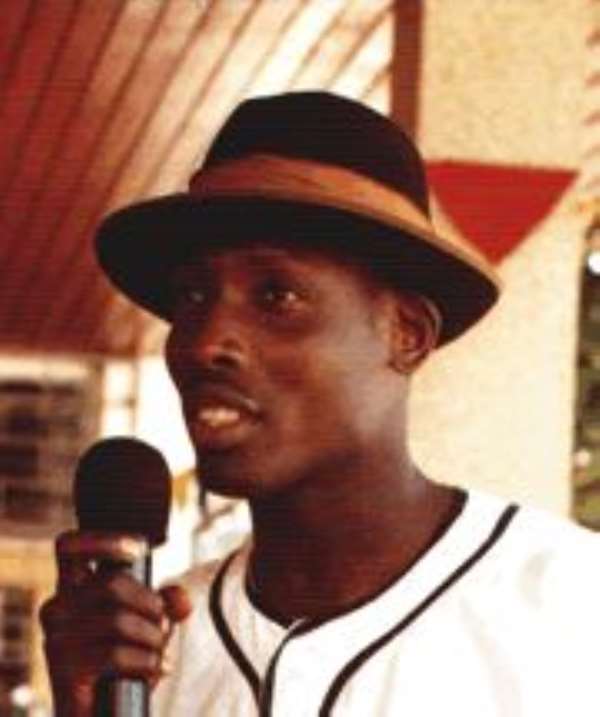 WHICH OF THE HEARTS, JACOB?

When I met the rather soft spoken former national star at the Accra Sports Stadium during one of my yearly visits to Ghana, he only had one message for the soccer loving people of Ghana, "I will be back"

These were the exact words Jacob Nettey used when I quizzed him about his health and his career as a footballer.

Seen as the must successful club captain in the annals of Ghanaian football history, one Mr Nettey as he is affectionately called by his peers, has not seen action ever since he got injured whilst helping out at the then division one club Heart of Lions, in their attempt to qualify for the much revered premiership, which they eventually did.

Jacob Nettey has a very rich playing history having been capped over 47 times by the senior national team the Black Stars. He also has in his collection, 5 premiership titles, the coveted African Champions league and most of all, the African Super Cup.

He has also won the FA cup twice [I stand to be corrected], a quarter finalist at the Olympic games in Atlanta and also had previously played for the national under 20 team, the Black Satellites.

With this rich background, Jacob's obvious absence from the game that brought him fame and wealth has made lovers of the game wonder when next our country will have player as charismatic and respected as him.

So after the "Political Coup" in Hearts of Oak which saw him loose the captains band under very strange circumstances, a situation which was orchestrated by the then ineffective coach Herbert Addo, who for most part of his reign laboured that fear of players undermining him, Jacob, astonishingly never found favour in the eyes of his employers and was soon traded on loan to Heart of Lions.

Indeed it was during one of his outings for the Kpando based club that he injured his knee, a situation that has sidelined him for nearly two football seasons.

During this period, he has been supported by Hearts of Lions, his loving wife Peace and some genuine Hearts of oak faithful who know what contribution Jacob has made to the rich and unending phobian story.

Not being economical with the truth, Hearts of Oak have never; found the ideal leader for the club ever since Jacob left the club.

From current skipper Amankwah Mireku to Dan Oppong, Eric Nyarko, Dan Quaye, Kwabena Boafo, Hassan Mohammed, nobody has been able to affectively solve the nagging left back problem of the continental club masters.

Today a new wind is blowing in Hearts of Oak, a new NCC, a 'new' and more effective manager is on board, and already the name Jacob Nettey is beginning to resurface.

Behind the scenes there more are moves to get the man who effectively skippered Hearts of Oak to their first ever-continental glory back into the phobian fold, to help with this revival story.

Jacob, in the meantime continues his daily work outs on the mountains of McCarthy Hill and also has resumed full training with Heart of Lions.

The man is back, and the alarm bells are already ringing. But as to where he plays next is yet to be resolved, obviously it will be with one of the Hearts.