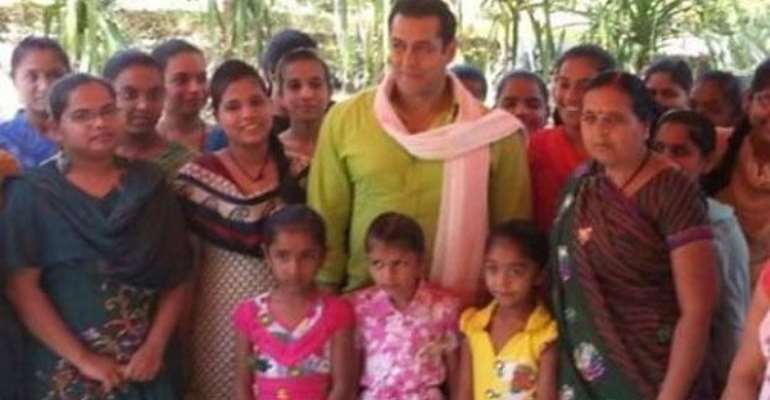 ABHINAV KASHYAP: No one knew this guy. His only claim to fame was being an actor and script writer. But then his big moment came when he was offered to direct Salman Khan in DABANGG (2010, budget 420m, BO 2.15 billion). It is an open secret that Salman directs or co-directs his own movies, as he knows what he can do well. DABANGG was no different and ended up being a blockbuster with an equally blockbuster sequel to follow. Abhinav credited himself with DABANGG success and grew too big for his boots. When he was offered the sequel, he dictated terms. He was shown his place and then the door. The rest as they say is history. Arbaaz Khan helmed the movie and became a director of a hit DABANGG 2 (2012). DABANGG 3 is in the offing. Abhinav directed BESHARAM (2013, budget 85c, BO 35 c) with Ranbir Kapoor and drowned everyone with the major flop. So, where is Abhinav now? When last heard, he was directing PROJECT 18 (!!!!) that remains on paper only. Similarly Sonu Sood, villain of DABANGG threw tantrums. He switched camps to SRK with HAPPY NEW YEAR (2014) and became history in Hindi movies.

ANURAG KASHYAP (42): An unknown director made PAANCH (2003). The movie was never released. But the director showed promise and went on to make more critically acclaimed movies. Although divorced in 2009, his stars were shining and he remarried in 2011. Everything was fine till he too became too big for his non-existent boots and sided with his brother Abhinav and sought revenge against Salman. He indulged in dirty politics and started playing games. He co-directed BOMBAY TALKIES (2013) along with Karan Johar to mark 100 years of Hindi Cinema. The unholy gay alliance of the two directors resulted in separation of Anurag and Kalki Koechlin in 2013 and with the release of BOMBAY VELVET (2015), their divorce came through. He then dated his assistant director Sabrina Khan but split with her too in 2015. When last heard, Anurag has shifted bag, baggage and reviews to Paris for good. Anurag is no A-List director. The question is how did he manage A-List actors and Rs 120 crore for BV? All courtesy KJo, who not only destroyed him personally but professionally too. There r no further released coming from him.

RANBIR KAPOOR (32): He began with Saawariya (2008), a grand flop. But the Kapoor scion earned appreciation with his later modest releases. BARFI (2012) was good but there were accusations of plagiarism against it. The music was also copied. It was gross to send it for Oscars. Still, Ranbir garnered praise for his performance. Ad then he came across KJo and acted in BOMBAY TALKIES (2013). KJo gained with YEH JAWANI HAI DEEWANI (2103). Ranbir was touted as the next superstar, an answer to the Khan-trinity especially Salman. Ranbir also took to Katrina like a fish to water. KJo took a liking to Anurag and Ranbir at the same time. Ranbir later had a dopey unhealthy look. And a hat-trick of flops followed - BESHARAM (2013), ROY (2015), and BOMBAY TALKIES (2015). His condition was so bad that there were no solo releases in 2014. Wonder if he'll ever marry Katrina. The intention was to take her away from Salman. Neither Tamasha (2015), nor Jagga Jasoos (2016) feel hot despite Deepika and Katrina. Looks are everything. Ranbir doesn't have those YJHD looks.

KATRINA KAIF (31): Pretty faces like hers r scattered all over Bollywood but not all get fame and luck like hers courtesy Salman. She began half-naked in the flop BOOM (2003) opposite Gulshan Grover. She then shifted to Telugu films. It was Salman that she was noticed in MAINE PYAR KYUN KIYA? (2005) and the there was no looking back. A non-actress, she still climbed success ladder on strong recommendation. And Kat licked the cream. She soon became the number 1 actress with a golden touch. But the selfish waxy, moved on to younger Ranbir, only to find a gay dopey. And there is no news of future marriage. Her career too comes to a successful end with Deepika Padukone taking over with PIKU. Even if PHANTOM (2015), FITOOR (2016) and JAGGA JASSOS (2016) r a major success, a 30+ ageing actress is a big no-no with the viewers. And Kat cannot claim to be an actress, forget act. A certain luck called Salman rubbed off on this selfish waxy-wood.

KARAN JOHAR (42): Although the son of a well-established producer Yash Johar, he could never do anything successfully on his own. He took over his dad's banner Dharma Productions. Yash directed SRK in DUPLICATE (1998). The banner hung in balance as KJo had no talent except being an active gay. DUPLICATE was so-so but the same year another release under the banner KUCH KUCH HOTA HAI became a blockbuster. KJo had arrived piggy-riding on SRK and delivered a hat-trick - KKKG (2001) and KHNH (2003). It is not known whether SRK-KJo were also a gay team but funny gay cameos emerged in their movies. He could never deliver hits without SRK except YJHD (2013). He took Ranbir under his gay fold and rest is history. Ranbir was a good tool to extract revenge on Salman and favor SRK. In BV, he caresses Ranbir's hand and says, "What do u see in Rosie that I don't have?" He may be saying this in real life to Ranbir (Katrina) and Anurag (Kalki). BV is actually ghost directed by KJo based on his real life. He has ended up destroying two promising characters - Ranbir and Anurag. He is the master game player indulging in dirty politics. After the debacle of BV, he criticized Anurag. Of all the survivors, he came out top in this debacle. He pretends to be cut-off from SRK and has offered SHUDDHI to Salman that Salman rejected.

SALMAN KHAN (49): Despite setbacks, he is delivering blockbusters each year and going from strength to strength. God above and fans below r with him. When he was supposed to go to jail, he miraculously got bail and everyone is looking forward to another blockbuster BAJRANGI BHAIJAAN (July 17 2015). Another blockbuster PREM RATAN DHAN PAAYO (2015) is also eagerly awaited. At 49, Salman has got sugar-candy looks that everyone is lapping. And one doesn't hear about any games or dirty politics that he plays. YRF and Dharma never courted Salman but after he became a blockbuster express, both jumped in it and EK THA TIGER (2012) and SHUDDHI (2016) happened. Salman is the King, destiny's child.