Imo State: Why Emeka Ihedioha Will Not Be Governor In 2015 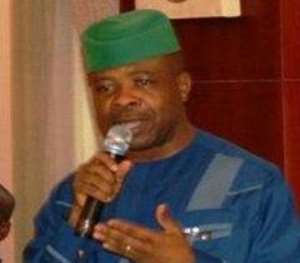 The Youths Against Human Rights Violation And Corrupt Practices ( YAHVCP ) wish to state it here that It is a fact that corruption is a big social problem militating against the development of the economy and the welfare of the citizens. According to a World Bank estimate, over $400billion have been looted by capitalist politicians and their contractor allies from the nation's wealth in the past 4 decades. There is no doubt that if these looted resources are made available and judiciously used, the economy and the living standard of the people will not be as deplorable as they are at the moment.

It is therefore imperative for every right thinking and change seeking Nigerian to vote for a total and merciless war against corruption in all ramifications. In this regard, the deceptive announcement of Emeka Ihedioha as the winner of a PDP governorship primaries in Imo State in an election that the total number of votes cast is greater than the total number of accredited voters constitutes a pointed signal that the Imo PDP is not prepared to give Imolites the needed change in governance. We have not been fighting for a change in government in Imo State for us to hand over governance to cheats and fraudulent persons.

28 Imo sons and daughters aspired to govern Imo by picking PDP Nomination form at the cost of 11 million naira each.In a primary that will select the party flag bearer.

Now 1,006 Valid Votes minus 681 Votes scored by others Aspirants will give you a balance of 325 Votes not greater than 346 Votes Scored by Araraume. Why was Emeka Ihedioha declared winner of the primaries? Where are the extra 21 votes coming from?

By openly rigging the Imo PDP governorship primaries, Emeka Ihedioha has shown us that he is a cheat and a corrupt man , a man not to be trusted with leadership of Imo State . Imo will not move from frying pan to fire. A Party that wants to rescue Imo from the hands of the current marauders in Government house Owerri will show example by allowing delegates decide the flag bearer through a free and fair voting process not to criminally rig the election.

Never again will Imo fold its arm and watch while a few politicians hire professional election riggers to carry out their criminal activities against the wishes and aspirations of majority of the people. YAHVCP will not want to see one corrupt crew in Imo State simply being replaced by a new gang of criminals.

Hottest Photo Reports
Catch up with all the political quotes from our politicians.
Advertise here
More Political
ModernGhana Links
NDC national elections: Why Danny Annan deserves the Chairmanship position
The Political Adjustments For Ghana's Economic Growth
The African Weakness that prevents it growth in all Aspects of Developments
Dr. Okoto's Tribute To Prof. Kofi Awoonor
One Ghana For Your Pocket.......what You Gonna Do For Xmas ........travelling On Lapaz Toyota?
Ghana must THINK!!!
Hussein My Name President of U.S.A. America.
Letter To The Ghana President With Prekese Ghanamedia -Part Ii-The Importance Of Our Culture
Letter To The Ghana President With Prekese Ghanamedia -Part 1
TOP STORIES