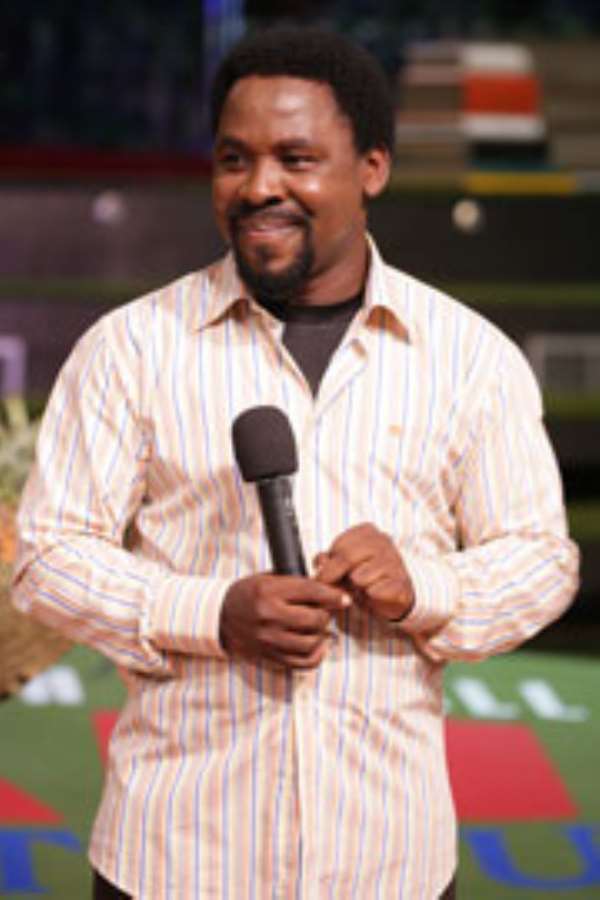 Until recently, I always thought that the best way to analyze issues is to rely on the information provided by “experts”, whose job it is to inform others, especially those who really do not have the time to do the investigations and groundwork themselves. It became clear to me that although quite reliable in some instances, there are certain prices to be paid by those who solely rely on the information of others without making any efforts of their own before forming an opinion on any issue.

I have been a Christian since birth. I have followed the word of God and read the Holy bible right from my early years as a human being. I remember clearly that in the book of Proverbs 8 vs 9: To the discerning all of them are right; they are faultless to those who have knowledge…

The spirit of discerning is a vital one that God has promised to bestow unto those who are members of his kingdom and who crave the knowledge for the well being of themselves and their environment at large.

For a very long time, there has been a strong wave of attack on the person of Prophet TB Joshua of the Synagogue Church Of All Nations, especially against his practices and doctrines. I have followed the commentaries of popular Christians in Nigeria and around the world at large regarding this man of God.

As time went by, it became clearer to me that the majority of those who are criticizing him seem to have a personal issue with him. They, in my opinion, turned the whole issue into an attack scheme, slandering and campaign of calumny. So I decided to ask the questions and try to provide answers to them. In order for me to do these effectively, it was important for me to visit the Synagogue personally and ascertain the true situation of things myself. I asked questions such as;

-Is it true that this man does not use the name of Jesus in his activities?

-Does he really preach the word of God and quote from the Bible?

-How true are the prophecies that he speaks to members of his church and to the world at large?

On the particular Sunday, I got into the church premises at about 8:00am and was ushered into the church auditorium by the ushers as a newcomer to the church. I was directed to sit alongside fellow newcomers just beside the main gate entrance, under the gallery. After waiting for about 10 minutes, we were all moved to our seats for the day. I was asked to sit just close to the altar, where I could catch a good view of the man of God when he comes out for the day's ministration. The service commenced with the opening prayers, followed by the praise and worship by the church choir. At about 9:16am, Prophet TB Joshua walked into the church auditorium. The first thing I noticed about him was the air of humility around him; he was simply dressed in a shirt and trousers. Next, was the answer to the first question, something which came to me as a wild surprise, thanks to the number of comments that I have listened to in the past concerning TB Joshua; he actually welcomed the congregation to the service in the name of our Lord and Saviour Jesus Christ.

He immediately went into the sermon for the day, raising into the air a devotional material titled: WAREFARE IS NECESSARY, which he said was for our friends and families at home and at work. He started his message which was titled: I am a faith man. I was stunned as I listened to this same man preach the word of God whilst quoting from the Holy Bible, which he referred to as “The Only book that can transform your life”. It dawned on me, without any form of doubt that there was something supernatural about this man and his ministry. At this point in time, it was not yet clear to me what it was.

Deep into his sermon, he displayed what I still find only to be of God - the spirit of true giving. Widows and widowers, orphans, less privileged, physically challenged et al, were all beneficiaries of the gifts of cash which he gave out to them on the day, all coupled with bags of rice and flour given to them as well. It was truly an opportunity for me to see for myself, those things that true critics will choose to turn blind eyes to.

At the end of the sermon, he started to speak to members of the congregation, specifically calling out individuals, telling them very private issues that concern them, sometimes even going as far as calling out their names. This was truly awesome. There was this particular man who sat just beside me. The man got the shocker of his life when the prophet pointed at him and specifically told him the problems that brought him to the church, he went further to tell him his date of birth, and the man almost went crazy with the surprise that he displayed. What touched me the most was that problems that maybe people could not voice out but that had troubled them for years – were revealed by TB Joshua and then they were prayed for and 'delivered'. I can only use that word because – the solution had come and it was a spiritual one – as TB Joshua himself says – the root of everything is spiritual. It is one thing to have a word of knowledge about someone's life – something they have never disclosed to anyone – but it is another to provide the solution and see the follow up in that person's life – I mean, freedom forever. It really made me think about what prophecy is meant for.

The service ended and I knew without any shadow of doubt that the end has come for those who have decided to carry out their acts of blasphemy against the works of God in the life of TB Joshua; at least in my life. There was no room left for me to harbour the wicked lies and deceit that have been constantly sown into the minds of the unsuspecting public, in order to tarnish the name of God in the life of the prophet. I have since asked for forgiveness of my sins from God and prayed that other people who are still in the bondage of this evil cabal will be set free in the name of Jesus.

I advice other people who are currently in the habit of forming opinions about others to desist from doing so and carry out their own investigations, especially when the involved issues are things of the spirit which can be confirmed by witnessing and prayers.

How come this man of God has continuously survived each bout of criticism thrown at him to become stronger? Why can't his detractors hand over the issue to God to nullify the “powers” of TB Joshua if indeed they are false? Why can't people allow the course of nature to dismantle the popularity of this man as has been done to previous false men of God?

More questions begging for answers.
Acts 5:38
“So my advice is, leave these men alone. Let them go. If they are planning and doing thesethings merely on their own, it will soon be overthrown.