My Thoughts: Let’s learn to forgive 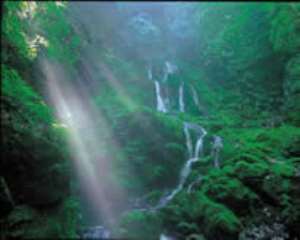 The poor servant stood trembling before the king. His head was drooping in embarrassment.

He owed the king ten thousand talents; an equivalent of approximately GH¢25 million! The king demanded that he settled the amount after the grace period had expired.

The king looked sternly at him and ordered, “If he cannot pay, sell him, together with his family and all his property to make up for the debt.”

On hearing these words, the helpless servant, shaking violently like a leaf, fell on all four and pleaded in tears. “Oh please, king, do not seize me, my family and property, and please do not sell us into slavery.” He wept, “please, show me and my family mercy. Give me a little more time, and I will repay your money.”

He cried like a baby before the king and his fellow servants. The compassionate king, touched by his servant's pitiful plea for mercy, felt sorry for him.

If you have ever read the Bible, you might have come across this beautiful story in the form of a parable that Jesus told about “The unforgiving servant.”

The king decided the servant must get the mercy he asked for. He put his hand on his shoulder and said “son, you are forgiven. I have forgiven you all the money you owe.”

As if hit by an unexpected object, the poor servant raised his head, and gawked into the empty space ahead of him. He couldn't believe what he had just heard. The king repeated the words. “You are forgiven, you are free to go.” He said.

The servant felt as though, he was dreaming. But as he went back unto his knees to thank the merciful king, the icy feeling from the cold floor woke him to reality. He knew then that his master meant his words.

He left the king's presence and went rejoicing, hoping to get home and celebrate with his family.

After he had gone some two hundred yards from the king's palace, he met one of his fellow servants who owed him a hundred denarii, which is an equivalent of GH¢50. He grabbed him by his shirt's collar. He fumed with rage and his eyeballs bulged out. He bellowed, “come here, you wretched liar. Didn't you promise to repay the money last week?” He continued, “but you managed to stay in hiding. Today, you will vomit the amount.” Like an expert wrestler, he held him by the throat and screamed, “pay me now or you will smell pepper.”

The man could hardly talk, but he managed to groan, “please, permit me a few months and I will pay you.”
But he would have none of it. “You must be joking boy,” he retorted, “for all these years you failed to pay back, and can you repay in a few months?”

He then dragged his friend by the waist - his heels hardly touching the ground. They went through the market to the police station and he threw his friend into jail. He gave these orders, “please make sure this man does not get out until he pays the last penny.”

Some of the people who witnessed the incident and knew of his case with the king just a short while ago, rushed to inform the king about the unpleasant incident.

“What?!” Screamed the king, “get him for me immediately,” he commanded.

The king's guards went to the pardoned servant's house and dragged him to the king's palace. He stood before the king, crest fallen and ashamed.

The king looked at him and snorted, “you wicked and unforgiving man. I forgave you all that much because you couldn't pay back, and you begged and asked for mercy and I forgave you. But you saw no reason to forgive your friend the very small amount he owed you.”

He turned to the guards and ordered, “get him out of my sight and put him in jail with hard labour till he has paid the last penny.” When he had finished speaking, the guards grabbed the unforgiving man and threw him in jail.

Unfortunately, we all behave like this man sometimes. We are quick to hold some of our friends, lovers, relations and other people for relatively minor offences they commit against us, but we do not take note of the grievous crimes we might have committed against others, but were forgiven when we did show remorse.

Forgiveness is a sure means of building a harmonious relationship with another, towards building a stable and progressive society.

“Forgive us our trespasses, as we forgive those who trespass against us,” we pray sometimes.

Can we all learn to forgive? It could be hard sometimes though, but forgiveness by itself, could be a healing balm for our wounded souls. Let's give it a try.