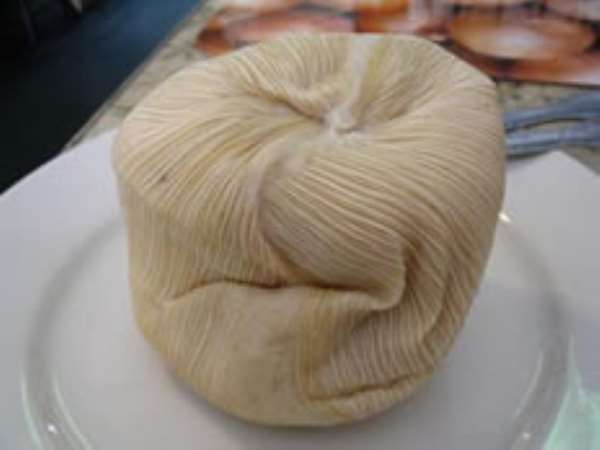 Hundreds of people from both local and international communities on Sunday embarked on a 6-kilometre walk through some principal streets of Accra to mark the 5th Annual End the hunger: Walk the World Campaign.
The walk, which was organized by the World Food Programme and sponsored
by corporate partners, TNT and UNILEVER, was both an advocacy and fundraising event meant to raise awareness about global hunger and to raise funds to feed those faced with hunger who needed assistance.
Thousands of walkers in 70 countries across the globe participated to reaffirm the world's commitment to meet Millennium Development Goal (MDG) 1 and also save millions from hunger by 2015.
The walk started from the premises of the Golden Tulip Hotel through Liberation Road and ended at the Independence Square.
Funds raised this year would be used in supporting school feeding and girls' education incentives for the poorest children who are at risk of dropping out in pre-school, Primary and Junior High School.
Addressing the walkers before they set off, Ms. Elizabeth Ohene, Minister of State of Education, Science and Sports gave the assurance that government was on track in achieving MDG 1 through reduction in poverty, under-nourishment and hunger.
"Government is aggressively pursuing the School Feeding Programme (SFP)and farmers would be provided with adequate incentives to enable them to increase production and provide enough food for the poor and hungry in Ghana," she said.
Miss. Ohene said through the efforts of the Ghana Education Service (GES), the World Food Programme(WFP) and the School Feeding Programme(SFP), more than 40,000 pupils have been enrolled in schools located in 34 Districts of the country.
She said the Capitation Grant would support poor households as a measure to buffer shocks of increase in food and commodity prices.
Miss Trudy Bower-Pirinis, Country Representative of the United Nations World Food Programme said the WFP had launched an appeal for 750 million US dollars to maintain its capacity to feed 70 million of the world's most vulnerable citizens.
"Today's walk would provide funds for school meals to assist the 59 million children who attend school everyday including those in Ghana. WFP's response to the crisis is not only to provide life saving food assistance but also to assist governments to identify and target the newly vulnerable while supporting the market development of nutritious, cost effective food and supply chains that are closer to the beneficiaries," she said
Miss Bower-Pirinis added that, WFP was committed to purchasing 60 percent of all commodities, valued at 10 million US Dollars to be used in community- based feeding programmes as a form of support for Ghanaian farmers.
"WFP is also supporting the promotion, procurement and distribution of locally produced fortified commodities such as the Corn Soya Blend, Iodized Salt and Palm Oil which contain vitamins and minerals for growth, brain development and protection against disease," she said
Miss Bower-Pirinis said the event started in 2004 with 200 walkers and 2,000 dllars was raised, adding that, last year it multiplied to over 1000 walkers in Accra and Tamale generating 20,000 dollars.
The "Fill the Cup" campaign, which sought to use the power or the red cup to remind everyone that it takes as 25 cents to fill the cup and feed a child in school was launched before the walk started.
Stanchart Bank donated a cheque of GH¢1000 to support the campaign.
Some individuals and organizations were awarded certificates for participating in the event as well as their commitment to the campaign