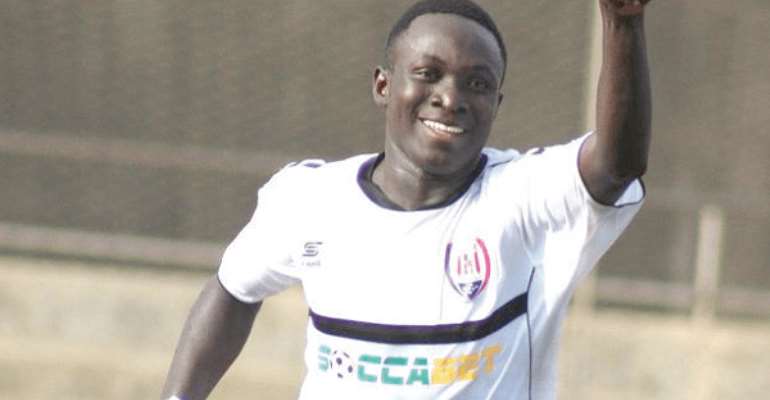 Niger import and Inter Allies Captain, Victorien Adje Adebayor is the top scorer in the suspended 2019/2020 Ghana Premier League season after finding the back of the net 12 times.

The forward has not only been one of the best players in the division, but his importance to the Capelli Boys has also been immense where he is regarded as their star player.

Known for his pace and elusive nature, he has stepped up his play this season and has complemented it with mind-blowing potency in front of goal.

Having played 13 matches, Victorien Adebayor managed to score 12 goals in the process while providing an assist.

His best performance was witnessed in Inter Allie’s Matchday 10 encounter away to Berekum Chelsea where he grabbed a brace on top of a showboating performance that broke the internet.

Check out all Adebayor’s goals in the Ghana Premier League in the video below:

Meanwhile, striker Yahaya Mohammed is on the toes of Victorien Adebayor in the race for the golden boost award after also scoring 11 goals for Aduana Stars. Other players on the chart are Prince Opoku Agyemang and Prine Adu Kwabena of Medeama SC and Bechem United respectively.

Spio sues Wontumi for calling him a thief
12 minutes ago