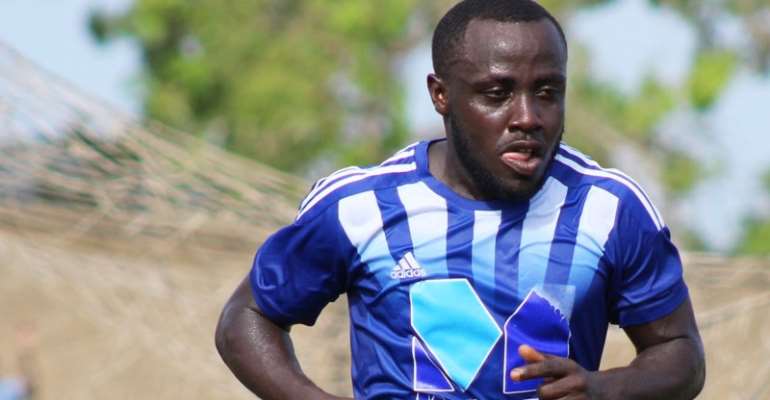 Ghana Premier League side, Dreams FC have confirmed the signing of Abel Manomey on a two-year deal.

The 28-year-old has been clubless after parting ways with Accra Great Olympics.

A statement on the club website read, "Dreams Football Club wishes to announce that the club has officially reached an agreement with striker Abel Manomey for a 2-year contract.

The ex-Great Olympics forward and GUSA record goalscorer with 39 goals to his name is all set for top-flight action with Dreams FC subject to passing the club’s mandatory medical session.

His addition once completed is expected to be a huge boost for Winfred Dormon’s squad once premier league action returns to normalcy.

Abel scored 10 goals in 10 matches to grab the headlines of the 2020 GUSA games by becoming the highest scorer for men’s football when he featured for the University of Education, Winneba.

The Ghana Premier League has been suspended due to the coronavirus outbreak.