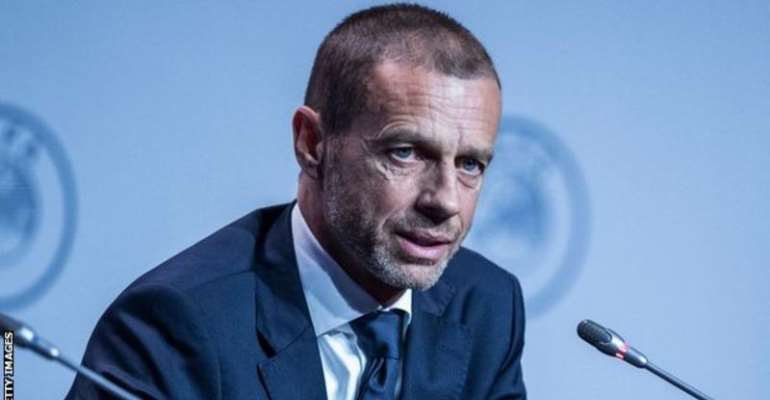 The Champions League and Europa League could be abandoned if coronavirus restrictions remain in place into September, according to Uefa president Aleksander Ceferin.

But Ceferin added that playing behind closed doors would be preferred to abandoning games.

"We can't play it out in September or October," Ceferin told ZDF Sportstudio.

When asked whether the season could be abandoned, he added: “If the authorities do not allow us to play, then we cannot play.”

Premier League clubs Manchester City and Chelsea are both still in the Champions League, while Manchester United, Wolves and Scottish Premiership side Rangers are all in the Europa League.

“The fact is that we really don’t know much,” Ceferin explained.

“We are waiting for the development of this terrible situation in the world, and mainly in Europe.

"It is still better to play the game behind closed doors and have it on TV, which is what the people need and want because it brings positive energy to their homes than not playing at all.

“That’s what the people want, that brings positive energy, and it will be July or August."