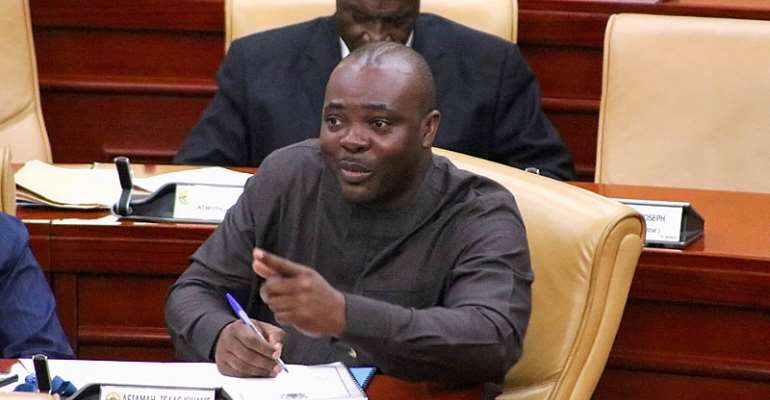 The Ministry of Youth & Sports and the National Sports Authority (NSA) have been tasked to build athletics tracks in the capital of Ghana, Accra.

Experienced sports journalist, Sammy Heywood Okine has passionately appealed the sports minister, Hon Isaac Kwame Asiamah and boss of the NSA, professor Peter Twumasi to put up facilities for athletics in Accra, which is the capital of the nation to encourage more people to run, jump and throw as we as appreciate athletics (track & field).

He expressed that the nation boasts of great athletics performers, but the talents are dying as the authorities have killed them with the removal of the athletics tracks at the Accra Sports Stadium in 2008.

He said apart from the El Wak sports stadium tracks which is in very bad shape, and the University of Ghana tracks at Legon, there is no place to train or run in the city.

According to Mr Okine who is also communications director of the GOC and GBA, sports must be taken as a serious business in Ghana as it can create employment and take the youth out of the streets and out of poverty.

He recalled that Ghana placed first in the 100m x 4 relay at the Commonwealth Games in the 1960s, beating nations like Jamaica, Australia and Great Britain, but now the national sprinters are nowhere to be found, had it not been the GNPC Ghana Fastest programme by Reks Brobbey.

The former SWAG deputy general secretary also blamed the media for not promoting athletics and other sports, excerpt football.

He said the sports authorities must be put on their toes to perform, while only those who have knowledge about sports must be appointed at the Ministry and NSA.

He stressed that as Ghana prepares for the next Olympic Games, efforts must be made to construct tartan tracks in schools and communities, attached to the Astro turfs springing up in the country.

“Some people removed the Accra sports stadium tracks because they wanted more money or more fans, now people are not even patronizing football matches, and athletics is in a poor state,” he said.

“Now there are many athletes who are unemployed, doing nothing, I think they must be helped” he added.