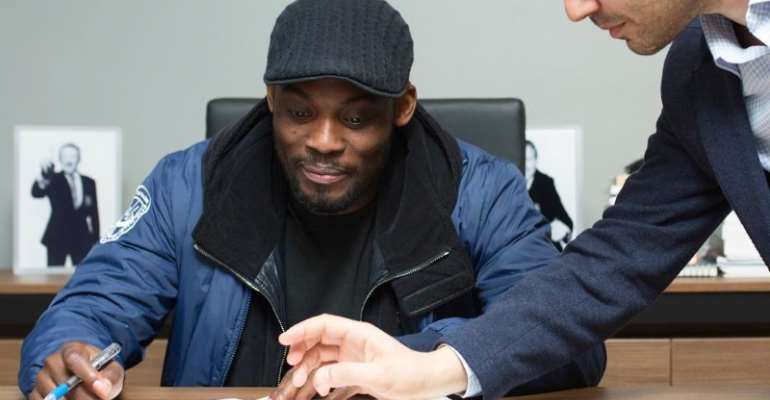 Ghana and Chelsea legend, Michael Essien has been handed a coaching job with the u-19 team of Azerbaijani side Sabail FK.

Essien joined the senior team of Sabail FK as a player in March 2019 as a free agent after ending his contract with Indonesian side Persib Bandung.

One year on, he has been offered a contract that makes him one of the coaching staff of the U-19 team of Sabail FK.

The 38-year-old inked a one-and-a-half-year deal to extend his stay in Azerbaijan as a player with the senior team of his club as well as a coach for the youth team.

According to sources, the club sees him with great potential and could in the future make him the main coach for the u-19 team.

Essien has had an outstanding career as a footballer after playing for clubs such as Chelsea, AC Milan, and Real Madrid.

The former AC Milan and Real Madrid ace is considered a legend in Ghana after making 58 appearances for the Black Stars and scoring 9 goals.