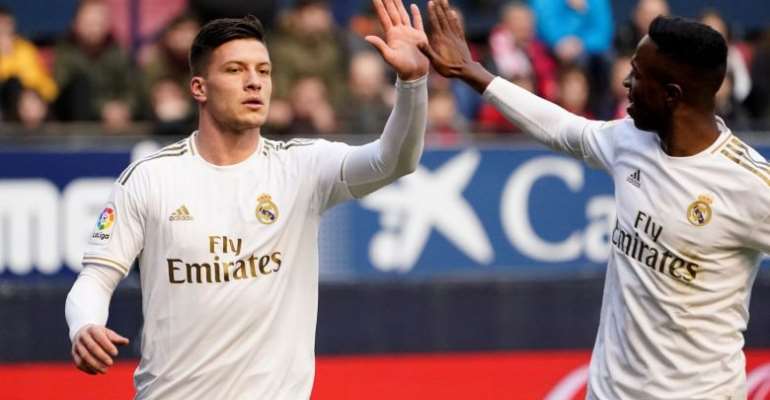 "The prosecutor's office in Belgrade confirmed to Tanjug that it has instructed the police to press charges against soccer player Luka Jovic for breaching self-isolation measures after arriving in Serbia from Spain," the agency said.

"Jovic breached the self-isolation when he left his apartment in the Belgrade suburb of Vracar and his excuse was that he went to a pharmacy to buy medicaments.

"If he breaches the quarantine again, he faces harsher measures and possibly arrest. The law applies to everyone and the authorities will not discriminate regardless of what one does for a living."

Serbia's president Aleksandar Vucic declared a state of emergency on Sunday to curb the coronavirus outbreak in the Balkan nation.

One of the measures is a 28-day quarantine for all Serbian citizens travelling home from European countries most affected by the virus, including Spain.

Serbian media reported that the international striker had returned to Serbia from Madrid earlier this week to visit his girlfriend after soccer matches in Spain's La Liga were suspended.

The 22-year-old denied rumours that he had broken Real Madrid's own quarantine to travel to Serbia in a statement published by Belgrade's B92 website, www.b92.net.

"Last Thursday, head of Real Madrid medical team gave @LukaJovic permission to travel to Serbia (on personal medical prescription) and quarantine at his own home," Jovic said and posted a photo of himself boarding a private jet.