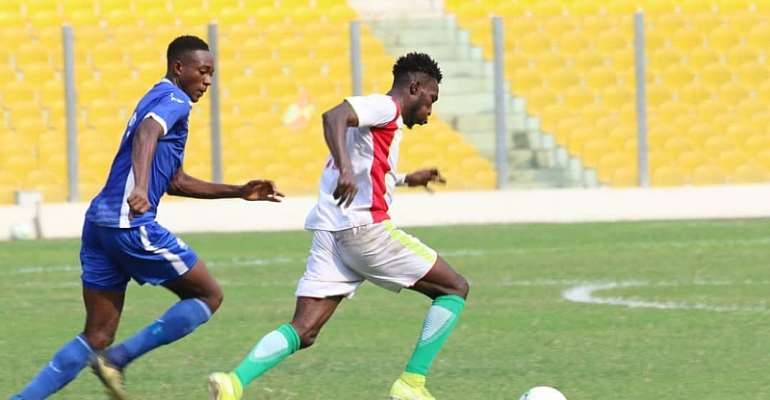 Techiman Eleven Wonders have recorded a crucial 2-1 away win against Great Olympics at the Accra Sports Stadium this afternoon in a Match Week 9 fixture of the Ghana Premier League season.

The away team has been on a dry run prior to his encounter but set up strong in the away fixture to ensure they picked up the 3 maximum points from the ‘Dade Boy’s’ who have been playing with some swagger lately.

Just 13 minutes into the first half, Eleven Wonders broke the deadlock of the match when Musa Sule found the back of the net with a fine effort.

That equalizer revived the fighting spirit in Great Olympics as they fought back in a bid to restore parity. On the 25th minute, the efforts of the home team paid off with star man Gladson Awako getting his name on the scoresheet.

They could however not hold on for the remaining minutes of the first half and allowed Eleven Wonders to score again six minutes later. This time around it was Ibrahim Salifu who scored to restore the lead for the away team.

Despite efforts from both sides in the second half, there were no additional goals as Wonders cruised to a deserved 2-1 win at the end of the 90 minutes.