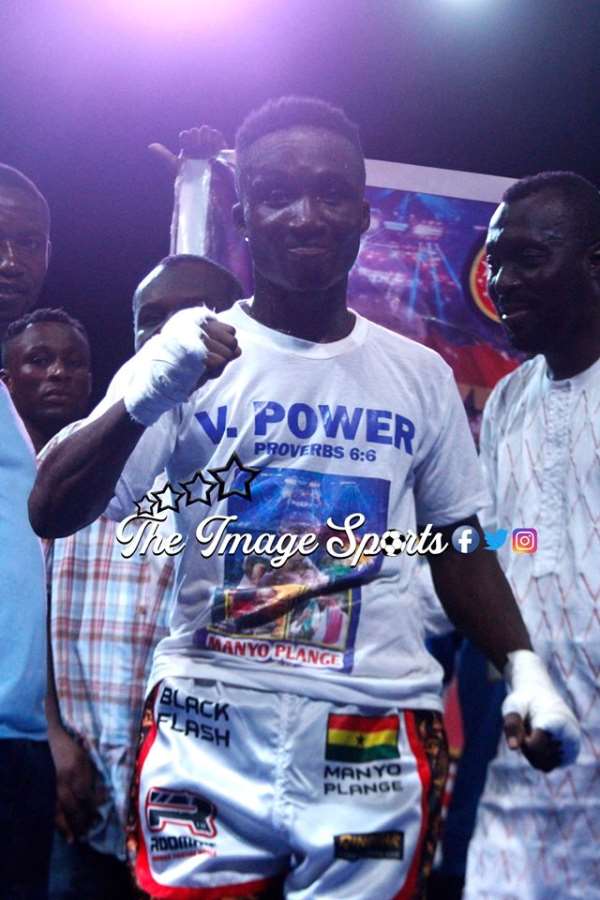 Exciting Ghanaian boxer Jessie Manyo Plange (20-0-1) with 17 KOs, has moved up into the top 10 in the World Boxing Association WBA rankings.

The 32-year-old is now rated number 8 in the latest release.

Manyo Plange who has set his eyes on a world title since he turned professional is now under a new management headed by Abu Samad and they are trying hard to get him rated by all the boxing bodies and give him a shot at any of the world titles in his weight category.

The diminutive but efficient and durable boxer has won his last two fights and looking forward to conquer Africa, the Commonwealth and the World.

Last year, he defeated Emmanuel Otoo via a unanimous decision and later recorded a TKO over Edward Kambasi all of Ghana.

Manyo has begun the year 2020 very well on a good note, winning an international fight on the Fist of Fury Pro Night bill with a round 4TKO victory over Nigerian Sheriff Kareem to become the new WABU & PBC Flyweight Champion.

As an amateur, he was the captain of the Black Bombers and he won silver at the 2007 All Africa Games in Algiers before qualify for the 2008 Summer Olympics in Beijing, China.

According to his manager, Samad, they have plans for Manyo to become Ghana’s next world champion, and they are working very hard to realize the dream. He thanked Mr Yoofi Boham for his efforts at putting the boxer high and motivating him to train harder and achieve his goal in life.