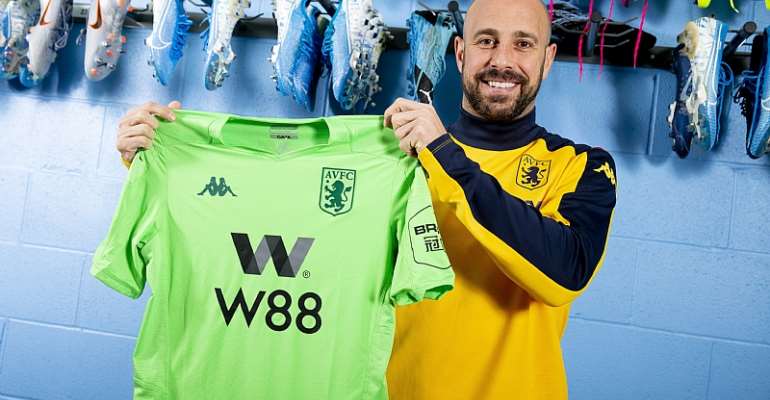 Aston Villa have signed former Liverpool and Spain goalkeeper Pepe Reina on loan from AC Milan for the rest of the season.

The World Cup winner, 37, was in the stands as Villa lost 6-1 to Manchester City on Sunday.

Villa needed to add to their goalkeeping options after England international Tom Heaton was ruled out for the remainder of the season.

The 33-year-old suffered a knee injury on 1 January.

Reina made 394 appearances for Liverpool between 2005 and 2013 before moving to Bayern Munich after a loan spell with Italian club Napoli.

Heaton's understudy Jed Steer, who was first choice during the club's promotion from the Championship, is also out through injury.

"We've managed to secure a player in Pepe who has a wealth of Premier League experience," said Villa boss Dean Smith.

"At the start of the summer we were looking for an experienced goalkeeper and brought in Tom Heaton. Unfortunately, his injury has ruled him out for the rest of the season but Pepe fits our criteria not just because of his experience but also because of his leadership qualities."