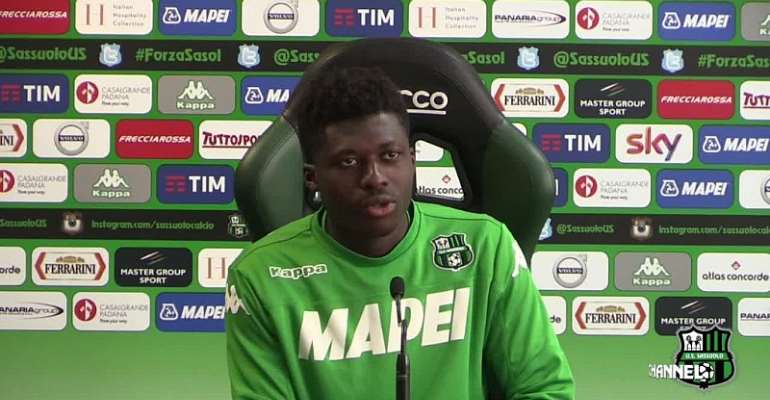 Italian giants AC Milan have rekindled their interest in signing Sassuolo midfielder Alfred Duncan in the ongoing January transfer window according to reports in Italy.

Milan are looking to beef up their squad in the ongoing transfer window.

Duncan who played for neighbours Inter is been a target for Milan who look to revamp their squad.

Sassuolo are looking to cash in on the Ghanaian International whose contract is due to expire in 2022.

The 26-year old is also been watched by a host of Serie A clubs including Fiorentina.

The two clubs have joined in the chase for Alfred Duncan who will be allowed to leave for the right offer.

The former Inter Milan midfielder has played 13 matches in this season for Sassuolo, scored one goal and registered five assists.