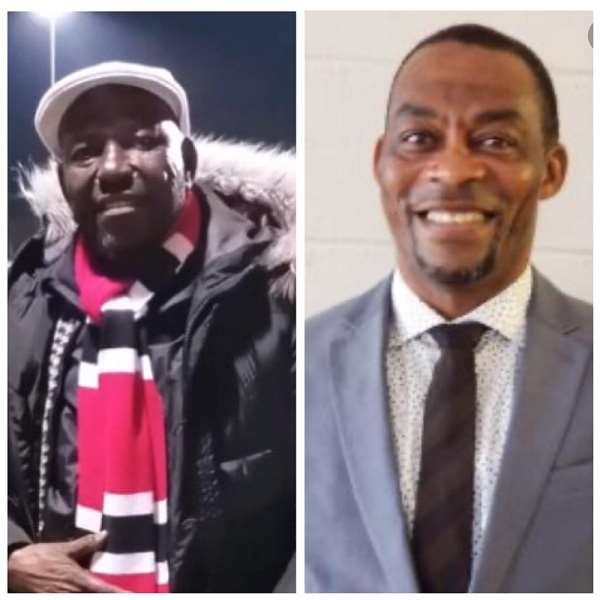 Former Ghana and AZ Alkmaar star Bernard Aryee arrived in London from the USA this morning hoping to join a host of his ex-playmates in a farewell match to Coach J.E Sarpong at Thamesmead in London.

Aryee, a combative midfielder played under coach Sarpong at Accra Great Olympics and he was looking forward for their reunion.

Princeton Owusu-Ansah who was also under the guidance of Sarpong during his playing career with Dawu Youngsters said: “We hope to be able to organise a successful match where the players and former students of Accra Academy will have the opportunity to say goodbye to Sharpiro”

The all-star team team will hope to have Daniel Edusei, Eric Akoto, Moro Issah, Richard Obimpeh, Ebenezer Amoako and Ernest Adu available for the match against Meridian F.C. a English lower division side which is owned by former Goldfields star, Tony Arhinful.

Four key players - Daniel Coleman, Edmund Copson, Kwame Poku and Mark Fish are recalled to the team after missing the first encounter which was ended in a thrilling 2-2 draw.

Sarpong also-known-as “Sharpiro” has been in London since November last year and is expected to go back to Ghana next week.

He had enjoyed a well-deserved visit as he reconnected with his former students, former players and some old friends in a very emotional reunion.

The 2001 SWAG coach of the year command a huge respect and will be remembered as one of the greatest trainers in the industry.

Sarpong has previously coached more than ten clubs in Ghana, including Accra Hearts of Oak’s and Kumasi Asante Kotoko.

In his spell at Kotoko, he guided the side to win the premier league. He qualified Okwawu United and Dawu Youngsters for the CAF Clubs Competition and WAFU Championship respectively.

His Okwawu United team played with considerable flair and his work in helping Emmanuel Tetteh to operate as a lone striker at Dawu Youngsters was much impressive.