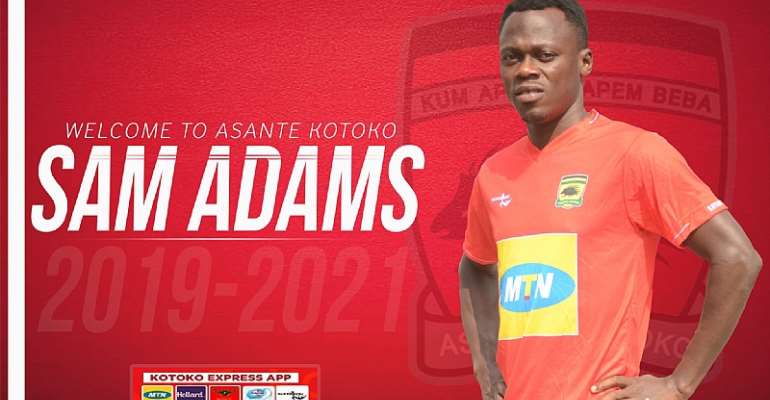 The pacey forward has been on trial with the Porcupine Warriors for the last couple of weeks in anticipation of a possible transfer. Following assessment by new manager Maxwell Konadu, the player has now completed a move to the club.

He joins the Reds on a free transfer after parting ways with Aduana Stars this year. Known for his trickery, Sam Adams is expected to add firepower to the forward line of Kotoko ahead of the upcoming season.

The record champions are determined to lift the Premier League title at the end of the 2019/2020 and hence will hope the acquisition of the attacker will be of relevance.

Already boasting of a strong squad, the side will be a force to reckon with when the new season kicks off this weekend.

Savannah: NADMO to clear buildings on waterways after heavy ...
54 minutes ago