A Resurrected Dream: The Story Of An Ex-Convict Kwame Bonsu 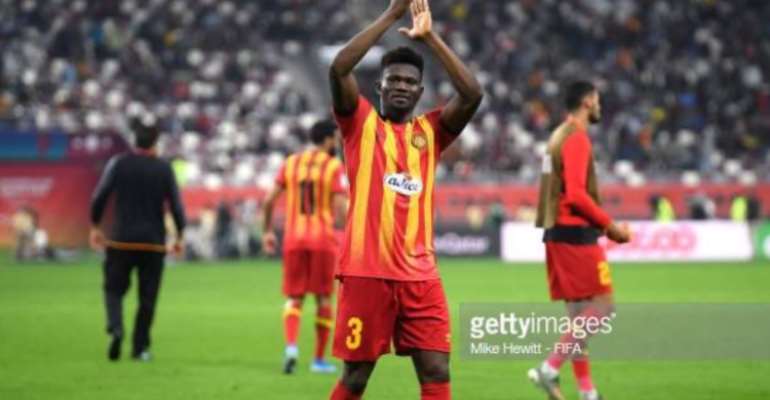 “The field has been teaching me a new way of learning different things in life. It’s one experience that is difficult to express, but only those who are involved do understand how it’s connected to our emotions.

These emotions are always expressed after a game, whether lose, draw or win.” Born on September 25 1994, Kwame Bonsu, a Ghanaian midfielder from Barekese in the Ashanti Region started his football career at Anokye Stars in Kumasi. His development as a youth player was noticed with good physique, skill, passing and good stamina as he plays, making him earn the nickname Conte as his play was compared to current Inter Milan’s coach, Antonio Conte.

His determination on the game was paid when he got a contract to play for a Ghanaian premier league team Heart of Lions in the 2012/13 season before joining FC Rosengard on loan in 2013. His performance for Heart of Lions made his daydreams of playing in Europe came through at the age of 19, after playing 22 games and scoring 4 goals for the Ghanaian premier club at the end of the season.

The Tales of Sweden

Kwame Bonsu During his days at Sweden
After playing 8 games and scoring just 2 goals for FC Rosengard on loan, Kwame Bonsu got a permanent contract to play for Mjallby AIF in the 2014/15 season before moving to Gefle IF in 2015 on a 3year contract. Conte, as he’s popularly known in Ghana played for Gefle IF from 2015 to 2017 until the sadden career-threatening incident happened to him.

Kwame Bonsu at Gefle IF

At Sweden, Kwame Bonsu Conte was married to Maria Magnusson for more than 2 years, the Swedish lady accused Conte of assaulting her sexually.

When he gave an account on what made him end in prison, Conte described the action of his ex-wife as ‘out of jealousy’. According to him, they lived peacefully until he started noticing some changes in Magnusson’s behaviour so they parted ways, but Conte never stated what triggered the change in her behaviour.

”Out of jealousy and the trauma Magnusson went through she decided to pay me with this bitter life experience I went through at Sweden,” Conte lamented. Even though Conte’s ex-wife accused him of sexually assaulting her, Conte said “as a nurtured Ghanaian, he was raised in a manner to respect women in any circumstance, so as a woman that he calls wife, how will he do something like that to her”, but that was the main issue that ended him in jail.

“When the issue appeared in court, as a foreign player all that I looked up to was God to come to my aid because I had no one to speak on my behalf. The time that I was arrested I had no chance to talk to my family members back in Ghana so getting help was very difficult, and this is why I was much affected by what Maria Magnusson said and presented in court during my trial” – Kwame Bonsu Conte.

Even though Bonsu’s ex-wife claimed that there were pictures and videos to the claims of sexual assault caused by Conte, however, he said his trial did not go on well with him because of language barrier.

“Before God and man, I can say that if they had any evidence of that sort then I’ll be lying to everybody listening now. My major problem was the language and the issue of me been a foreigner so whatever they said was blank to my ears”.

From left to right: Maria Magnusson and Kwame Bonsu

Meanwhile, according to a report made by ghanaweb.com on 9th June 2017 stated that “Conte appeared at the Gavle District Court on the same day for his final verdict, which he was slapped with a 2year jail term together with a fine of $14,000 as compensation to his ex-wife for moral damages and legal costs”. In addition to his punishment, he was expelled from Sweden and won’t return to the country in the next ten years unless pardoned. This makes Conte’s claim that language was a barrier questionable.

After 11months behind bars, Bonsu was released from prison because he showed a good conduct when serving his sentence, but Conte believes that he was out because the prosecutors saw that he was innocent.

“During my time behind bars, my club did a lot to help with my case but I had no access to Ghana’s embassy at Sweden because when I was arrested, they did not give me the chance to contact anybody outside, not even with my club. The only means I heard from my club was through letters” said by Conte. Afterwards, Conte left Sweden and rejoined his family in Ghana because his club terminated his contract when he was behind bars and cannot stay at Sweden because he’s been expelled.

The Golden Opportunity
How many players can you mention for having the opportunity to play football again after been in prison? Such situations are rare and they are like water at the desert when it happens. That is a real description of Conte’s football career. When he came to Ghana after his sentence at Sweden, he spent some time with his family before deciding whether to continue his football career or not. Kwame Bonsu had a dream of playing in the Ghana Premier League again before his retirement but the dream was a career-saving moment when rumours started dominating Ghanaian media linking him to numerous premier league clubs including Hearts of Oak, Asante Kotoko and Ashanti Gold.

On October 2018 Ghanaians woke up to witness a beautiful moment in Conte’s football career when Kumasi Asante Kotoko announced the signing of Kwame Bonsu Conte for 3years. After joining Asante Kotoko, Bonsu revealed that it wasn’t difficult choosing Kotoko because of how big the club is. “My personal target for choosing Kumasi Asante Kotoko was to win a league, play in CAF club competitions and do well for the club in all trophies they’ll compete for” – Bonsu.

Kwame Bonsu Conte became a pillar in Asante Kotoko’s midfield when they played in CAF Confederation group stage and the Normalisation Committee’s (NC) tier 1 and 2 competitions respectively. Even though Kotoko failed to qualify from Group C when they played with Al-Hilal, Nkana and Zesco United after winning 2 matches, drawing 1 and losing 3 of their 6 home and away games, which awarded them 7 points to place 3rd in their group. In Conte’s view, playing in CAF club competition is all about the right mentality to do what is needed. He stated that the level is always different and they need to raise their performance, avoid unnecessary mistakes and psyche themselves that they can fight together as a team.

He managed to score only 1 goal in Kotoko’s CAF confederation group stage matches, he was their key man in the middle as his influence won the NC tier 1 cup and played in the finals of tier 2 as they lost to Ashanti Gold, which qualified them to play in the qualifiers of CAF champions league.

The Resurrected Dream
When Asante Kotoko were done with all their activities for the season, the players were off for some holiday during the summer transfer, to rest and prepare themselves for the next season. Once again, rumours started flying in media outlets linking Kwame Bonsu Conte to different clubs across Africa. In all these, there was one of Africa’s best clubs Esperance Du Tunis who were keen to get the signature of Kwame Bonsu Conte. On July 2019, it was reported that Kumasi Asante Kotoko have agreed to sell Conte to Esperance Du Tunis for a fee around $150,000 for the 24-year-old. Conte signed a 4year deal with Esperance Du Tunis after completing his medicals at Tunisia.

Kwame Bonsu after completing his move to Esperance Du Tunis

Bonsu won a deserving call-up into the senior national team, Black Stars for the final 2019 African Cup of Nations qualifier against Kenya in Accra, but he didn’t get the chance to play in the main tournament at Egypt when he was dropped from the final 23players who represented Ghana.

Kwame Bonsu Conte’s issue may sound normal to your ears when he narrates his own ordeal, but can you mention 2 players who have gotten the opportunity to get their football career back after serving their prison sentence. From dreams of being a footballer to extent where all hopes were lost to a career-saving opportunity granted by Asante Kotoko and then back to dreams which seemed lost years ago. If this is not a resurrected dream then what else will you call this great life turning story; a story that Asante Kotoko’s name will be praised forever. Bonsu is now 24-years-old, and any dream that he had about football is on the right path again ready to be achieved. Good luck is all that we can wish him on the new path.