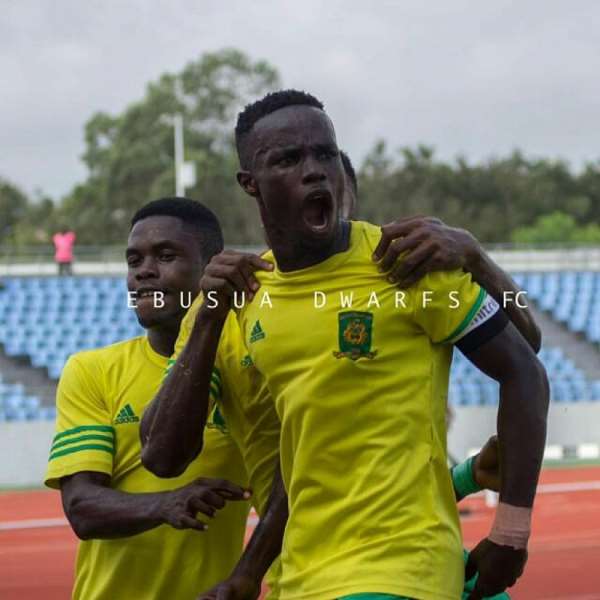 The hardworking striker impressed for Dwarfs in 2017 and managed to earn a move to Tanzanian giants Simba SC. Two years on, he is back home after his club reportedly refused to extend his stay upon the expiry of his contract.

Now a free agent, Gyan has been in talks with Aduana Stars in the past week over a possible move to join them to strengthen their attacking line for the 2019/2020 Ghana Premier League season.

Information reaching Modernghana Sports now indicates that the forward has joined the Dormaa-based club where he has penned a 3-year contract.

During his stint with Dwarfs before leaving for Simba SC, Nicholas Gyan netted 11 goals after making 24 appearances.

The experience he has gained over the last couple of years is expected to be of use to his new team when the local league commences later this month.