Coach Bashir Hayford Hoping To Use Football To Bring Somalia Together 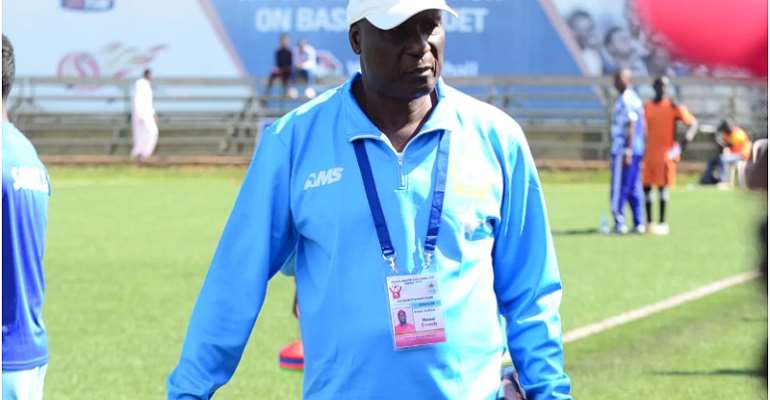 Ghanaian coach Bashir Hayford hopes he can tap into the massive football passion in Somalia to bring the people of the war-torn country together.

Hayford, a former coach of the Ghanaian national women’s football team believes football has the power to unite a country and hopes the growth they have enjoyed over the last few months can be a catalyst of a long-lasting process.

“There is power in football and all over the world, football can bring peace and more so bring people together,” Bashir told CAFOnline.

The tactician who coached Ghana at the last African Women’s Cup of Nations in 2018 joined Somalia in March and has been slowly building up a side that has brought a lot of joy to the people of Somalia. 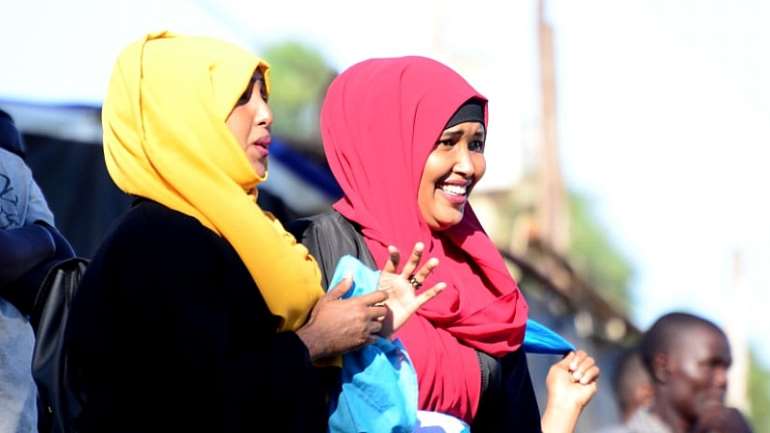 Their performance against Zimbabwe in the preliminary round of the 2022 FIFA World Cup qualifier was a further proof that the team can indeed bring the entire country together. Somalia picked their first victory in 26 national team games when they beat the Warriors 1-0 in Djibouti, but couldn’t keep the dream going after losing 3-1 courtesy of two late goals.

“I was told that there was a party all night when we beat Zimbabwe. People were dancing and happy and for a moment, there was a lot of peace everywhere. It shows that indeed football can bring peace,” the tactician stated.

Somalia has continued with its building process into the regional CECAFA Senior Challenge Cup where they have also shown their improvement, missing the semi-finals by a mere two points. They won against Burundi, drew against Djibouti and Eritrea and lost to Uganda.

The victory against Burundi was the first in the tournament in 11 years. 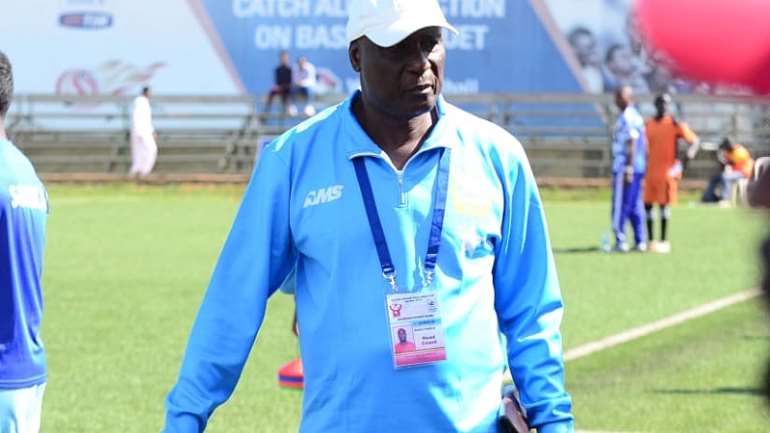 “We came here so that we can have more international matches to build the team. Our biggest problem is that we don’t have many matches. You can find that we could stay for six or seven months without a game especially now that we are out of the qualifiers. If we can get more games then we will definitely improve. That is why CECAFA is important to us,” stated the tactician.

Whenever the Somali national football team played, the Lugogo Arena in Kampala was turned into a sea of blue with local Somalis turning up in their droves to support their team.

Win, lose or draw, the fans would shout their voices hoarse while after the match, they would mill around the team bus requesting for selfies with the players and most times, this would go on for almost 30 minutes.

It is this kind of love that Hayford hopes to use to try and bring the people together in a country that has been ravished by civil war. The Ghanaian coach believes that football has the ability to bring change, peace and calm in the Indian Ocean country.

“Since I arrived in Somalia, I have not walked outside at night. I don’t know how Somali nightlife is. But I have realized that whenever there is football, people are always calm and happy. When we won against Zimbabwe, it was a festival. At this tournament, now that it is being screened live, people are always milling in shops and hotels to watch the games and support us. This shows that with football things can change,” the Ghanaian said. 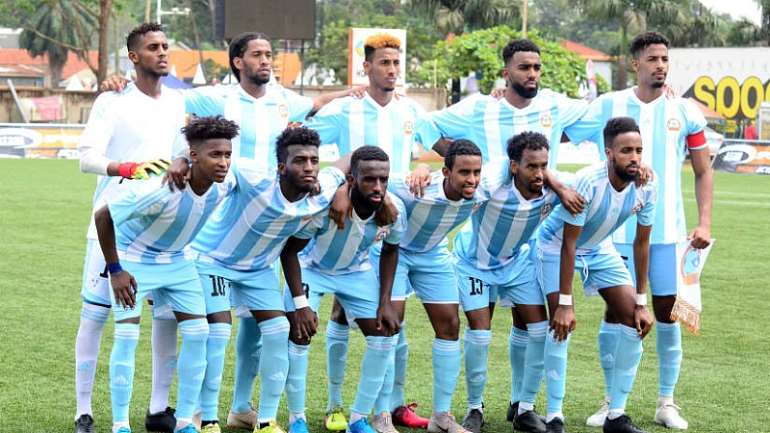 In building up the team and racking up support for the side, Hayford has decided to call up players of Somali descent who have picked up experience playing in leagues out of the country. At the Senior Challenge Cup, he had 14 players from abroad complementing the small quota of local based players.

“The league in Somalia has not been very strong but it is now coming up. We decided to call these players so that they can share their experience with us. They agreed to come and hopefully, the results can be an inspiration to attract others,” he said.

One of the players who have been called up to the squad is defender Mohamud Ali who plays in the English sixth division with Curzon Ashton in Manchester. He was also part of the squad that played against Zimbabwe in the World Cup qualifier.

The Driving School instructor says he hopes the rise in Somali football will bring peace to the country. 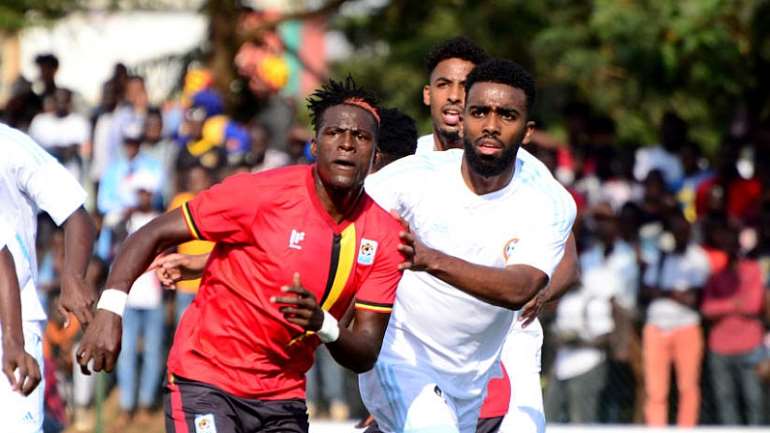 “Definitely if we can bring more success on the football front, it will give something for the youth to look up to and to forget about troubles in the country. They can just focus on football and sports and bring love to the Somali people,” Ali said.

He adds; “I am immensely proud to be playing for Somalهa because this is the country of my birth. I am always ready to come and help my team and as long as I am playing football, I will always be ready to play for Somalia so that I can inspire the future generations to take up sports.”

He further adds that the performance against Zimbabwe was a motivator for them that with hard work, they could actually match some of the big names in African football in the near future.

His sentiments are echoed by Finland based Ahmed Said who skippered the team in Uganda. 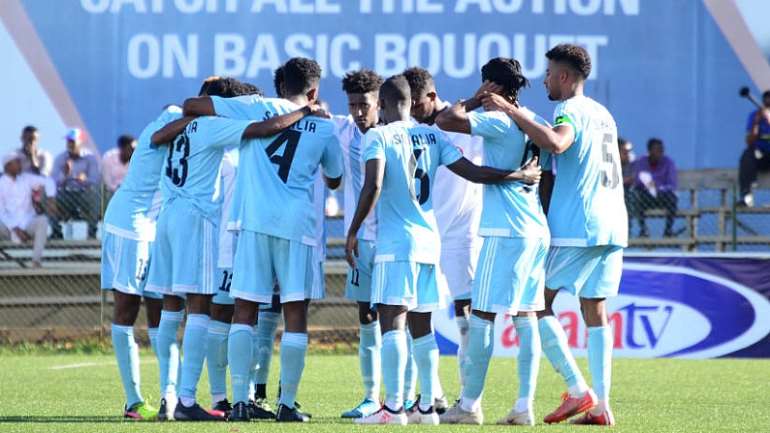 “It is very amazing to come here and play for my national team. I love Somalia people and we have a very good team. We have trained together for only one week and we did well, If we can keep coming together, I know we can have a very good future and everything is possible,” he noted.

Having exited the Senior Challenge Cup, the Ocean Stars head back home with their heads held high and Hayford hopes he can help the local league back at home grow and increase the competition in the national team.

Above all, his biggest hope is to use football to bring stability to the horn of Africa country.

On top of that, he hopes that some day son, Somalia can host an international match on home soil. They are currently forced to use Djibouti as their home ground due to the security state of the country.