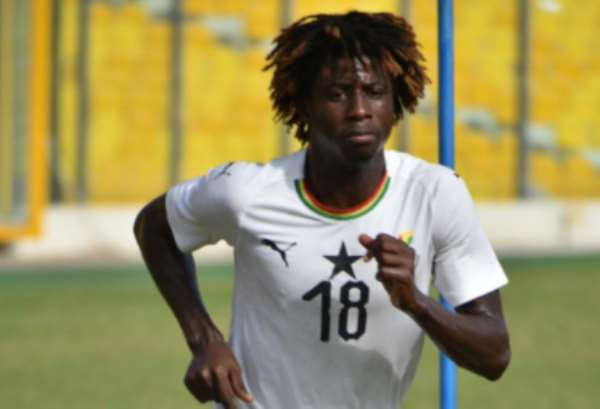 Ghana international Edward Sarpong says he is inspired enough ahead of his side league match on Sunday, saying he will never give up.

He indicated that, he has fully recovered after missing the decisive penalty for the Black Meteors and is fired up for this weekend game when given the chance to play.

The CF Esperanca de Lagos left back after holding his first training session with the team lamented that, he is focus to help his side achieve more success.

"Being a lion isn’t easy, so giving up isn’t an option for me. Whatever that happened during the U23 Africa Cup of Nations, is in the past now”. He told Bryt FM.

According to him, he is ever ready to learn new adventures and that, when given the opportunity again to represent his country he can deliver.

He then commended Ghanaians who stood behind him during his difficult time in his career.

The Black Meteors left back again thanked his critics as he believes their criticism has encouraged him to prove himself and other people wrong.