Kwesi Appiah Ruled Out For Eight Weeks Due To Ligament Damage 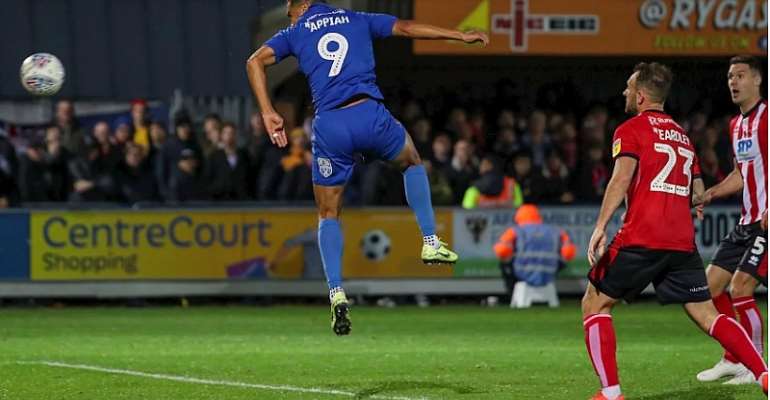 The injury is expected to keep the 28-year-old out of action for eight weeks.

An official statement on the club website read:
“Kwesi injured his ankle in training. He went to head a ball and landed awkwardly, rolling his ankle, which is very common in football. He has damaged the outside of his ankle, which is the anterior talofibular ligament (ATFL). This is very common and it gets injured a lot. Kwesi has also injured his deltoid ligament on the inside of the ankle. We are looking at 6-8 weeks, so he will be out for a while. He is currently in a cast boot and is using crutches. I will see him again on Thursday, just to see where he is at, and then we will devise a plan to go forward from there.”

Kwesi Appiah has scored three goals for Wimbledon this season, including that vital last-gasp equaliser against Lincoln City.